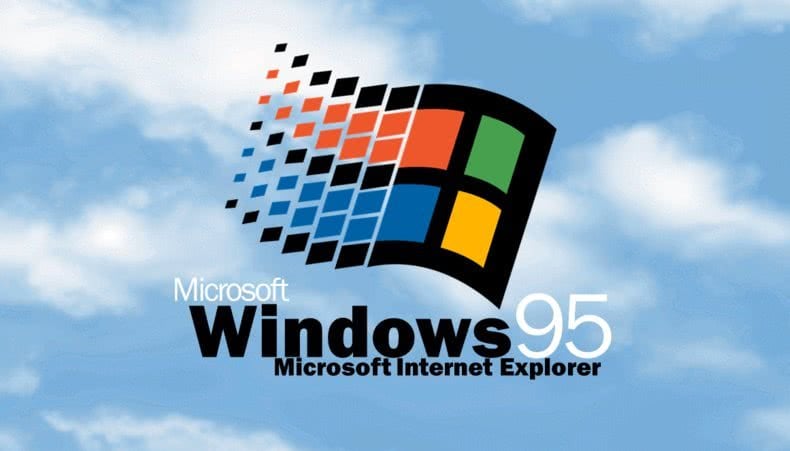 It’s one of the most instantly recognisable pieces of music ever, so much so that you probably don’t readily identify it as music – the Windows 95 startup sound. It’s a heavenly chime, a blend of technology and nature, and it comes in under six seconds.

It’s the Windows 95 startup chime, and if you can’t remember what it sounds like, here’s a refresher. Meet you round the back in six seconds, okay?

Check out the Windows 95 startup sound:

Good, hey? Once you listen to it as a composition, it sounds rather complicated. Ethereal. Perfectly crafted. Surprisingly, it was made by the king of ambient music, Brian Eno, who was tapped by Microsoft’s executives to create this piece of music.

They gave him a long string of adjectives that the sound needed to capture – quite a task considering the original brief was for a piece that only lasted 3.25 seconds.

If you’re familiar with Eno’s stretched-out ambient epics, it should come as little surprise that he ended up with a piece close to double the intended length. What a showboat!

Eno explained how this particular job come about in an interview with SF Gate.

“The idea came up at the time when I was completely bereft of ideas. I’d been working on my own music for a while and was quite lost, actually. And I really appreciated someone coming along and saying, Here’s a specific problem — solve it.’

“The thing from the agency said, ‘We want a piece of music that is inspiring, universal, blah-blah, da-da-da, optimistic, futuristic, sentimental, emotional,’ this whole list of adjectives, and then at the bottom it said ‘and it must be 3.25 seconds long.’

“I thought this was so funny and an amazing thought to actually try to make a little piece of music. It’s like making a tiny little jewel.”

Eno soon became obsessed by this task, creating 84 different pieces of music – the other 83 of which I’d love to see the light of day at some point.

“I got completely into this world of tiny, tiny little pieces of music”, he continued. “I was so sensitive to microseconds at the end of this that it really broke a logjam in my own work. Then when I’d finished that and I went back to working with pieces that were like three minutes long, it seemed like oceans of time.”

Ironically, Eno used a Mac to create the piece, admitting to BBC Radio 4 in 2009 that “I’ve never used a PC in my life; I don’t like them.”

The most wonderful thing about this sound — other than the fact it has been heard billions of times around the world, most of whom aren’t aware of the tune’s storied composer — is that if you slow it down by 2300%, it sounds a hell of a lot like a Brian Eno song.