White joined TEG in July 2019 from ThinkTV, where served as head of communications & content.

At TEG, the entertainment, ticketing and technology giant, White oversaw communications during the takeover by Silver Lake, its historic Fire Fight bushfire relief concert, and acted as chief liaison between Australia’s three largest live entertainment promoters and the federal arts and prime minister’s offices throughout the pandemic.

In that role, White also handled comms for one of Australia’s best-known consumer-facing brands in Ticketek and managed PR for TEG’s flurry of acquisitions including Laneway Festival and Handsome Tours.

Also, he played a supporting role in the recent launch of SXSW Sydney. 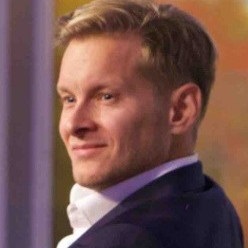 Raised in the U.K., White was formerly media editor for the Australian Financial Review and communications editor for London’s Daily Telegraph before that.

“I’m thrilled to be joining the global Allison+Partners team,” he told TMN. “I’m looking forward to earning my spurs in agency land and using my experience and contacts book to add value for our clients.”

Michelle Rovere, Allison+Partners’ managing director for ANZ, adds: “We’re delighted to have Dom on board. His deep contacts, two decades at the top of business journalism and invaluable experience running comms &  corporate affairs will be a great asset as we continue to deliver for our existing clients throughout ANZ and look to further expand our client base.”

White continues: “I’ve had an awesome three years at TEG working with some brilliant people in an industry that’s very close to my heart through one its toughest times. Big thanks to [TEG CEO] Geoff Jones and the team, and all the best for the future.”

It is understood TEG is in the process of recruiting a replacement.