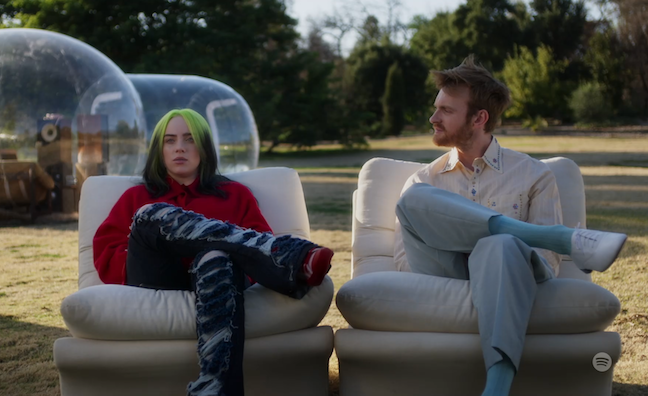 Spotify has confirmed it will launch a new lossless streaming tier named Spotify HiFi to its premium subscribers in select markets later in the year.

It’s tapped singer-songwriter Billie Eilish and brother Finneas O’Connell to spruik HiFi, which it says is “consistently one of the most requested new features” by users.

Spotify HiFi was unveiled during its Stream On livestream overnight (February 22).

The streaming service also revealed plans to expand into 85 new markets across Asia, Africa, Europe and Latin America/Caribbean in over 36 new languages – bringing the total of its markets of operation to 173.

These new markets represent over a billion people with nearly half already using the internet, the company said.

Spotify HiFi will allow users to listen to lossless audio on their devices and any Spotify Connect-enabled speakers.

It is working with “some of the world’s biggest speaker manufacturers” to make the CD-quality feature “accessible to as many fans as possible”.

“Having more listeners on our platform creates more opportunities for artists and podcasters to make a living from their work,” Alex Norstrom said, Spotify’s chief freemium business officer.

“More creators means more audio content for our users to discover. This creates an essential flywheel between creators and listeners that is the foundation of our business — and in the end, it is what will propel the audio industry forward.”

Spotify teased a high-resolution streaming option in 2017 to select US customers for an extra $7.50 a month The new feature plays catch up with rivals like Sonos Radio, Tidal, Deezer and Amazon Music. But its widest reach is expected to see it become the most successful.

“High-quality audio means more info,” Eilish said during Stream On. “There are things you will not hear if you don’t have a good sound system.

“It’s really important just because we make music that [we] want to be heard in the way that it was made.”

Spotify also had some podcast partnership announcements. These include a multi-year tie-up with DC and Warner Bros. to produce narrative scripted podcasts starting with Batman Unburied.

Others include Avengers: Infinity War directors Joe and Anthony Russo’s entertainment company AGBO, and with Anchor and WordPress to let bloggers publish written content as podcasts.

It adds 60,000 new songs to its platform every day and introduced 76,000 artists to its playlists for the first time.

“On Spotify, artists from Latin trap, South African house, or even classical find more than 80% of their streams outside of their home country.