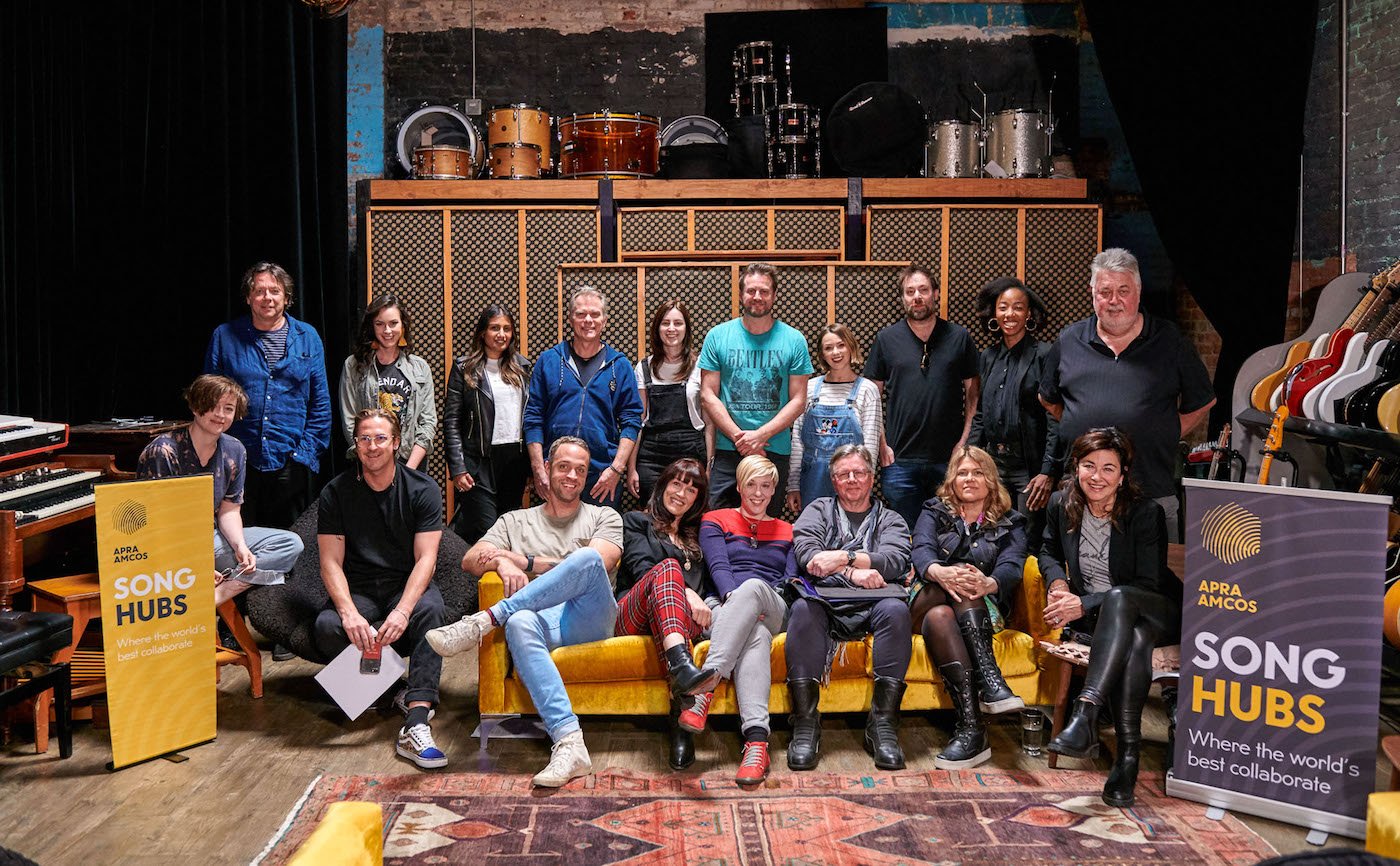 APRA AMCOS global songwriting collaboration session SongHubs is currently in Hollywood for the first time, with the aim of creating music for the big screen.

Snake River is a feature-length thriller by Sydney’s writer/producer/director Antony J. Bowman, who made a breakthrough with Paperback Hero.

The second, in the shadows, is a short film by Perth-born Zimbabwean/Australian actress, writer and director Charmaine Bingwa, who last year won a Heath Ledger Scholarship.

The Hollywood session is helmed by Emmy winner and APRA AMCOS ambassador Ashley Irwin. He has written scores for 30 films, the music for mini-series Peter Allen: Not the Boy Next Door, and composing and arranging for the Academy Awards, Grammys and Emmys.

“Creating music for the screen requires such a unique set of professional and collaborative skills,” Irwin comments.

“You’re writing music in service to a story on the screen, to add greater depth and nuance and, of course, to connect to the audience.

“Screen SongHubs is a special opportunity for everyone involved—both the songwriters and composers and the filmmakers, whose enthusiasm to participate is incredible.” Attendees include Megan Washington, who is currently writing the score for an upcoming Warwick Thornton TV series.

Tammy Ari won a mentorship with Hans Zimmer and recently moved to Los Angeles from Melbourne.

Daniel Denholm is best known for co-composing and arranging for the Beat Bugs TV series.

Jasper Leak got an Emmy nomination for music supervision for Netflix documentary Quincy.

The Hollywood meet comes after SongHubs was staged in New York for the first time in June.

“More content for the screen is being made than ever before, which means more musical and scoring opportunities for songwriters and composers,” said Milly Petriella, APRA AMCOS director of member relations.

Next week, the program heads to Seoul for the inaugural K-Pop SongHubs.

Since SongHubs launched in 2013, over $2 million in performance royalties for the initiative’s collaborators has been earned.