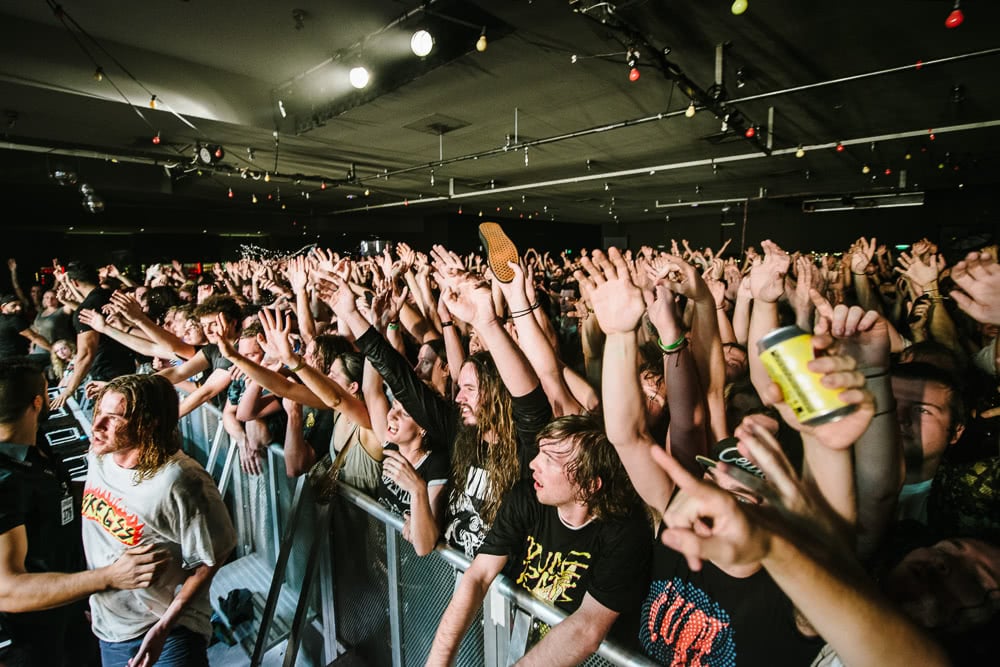 It’s been a year since Music Victoria released an updated version of the five-year-old Victorian Best Practice Guidelines for Live Music Venues; but what’s changed?

The Guidelines addressed sexual harassment and assault, hearing protection, hosting all ages gigs, planning law reform and copyright compliance. They followed the state government’s implementation of a Sexual Harassment Taskforce to address what  SLAM (Save Live Australia’s Music) called a “significant problem” in the state.

Patrick Donovan, CEO of Music Victoria and Chairman of the Australian Music Industry Network (AMIN) offers an update on how well the guide has been implemented, how the new chapters came about, and the re-opening of the beloved Espy Hotel.

Have venues have been following the guidelines?

Yes, we promote the guide at any and every opportunity we have with Victorian venues. We’ve run venue information sessions with authors of the chapters in City of Melbourne, Yarra and Darebin in the last year and plan to do more this year.

In regards to the chapter on sexual harassment, have venues seen any demonstrable differences in behavior from patrons?

You would need to ask the venues, but the guide outlines clearly what venue and festival promotors responsibilities are, and best practice, and the feedback is that this helps clear up what some believed were grey areas. There will be further developments in this area announced soon that are being developed through the Victorian State Government Sexual Harassment Taskforce.

We’re seeing more of the ‘If you’re feeling threatened…’ posters around, but some of them seem are small in size and placed in out of the way positions. How is the implementation of the guide being monitored?

The Victorian State Government Sexual Harassment Taskforce is meeting on Monday and plans are afoot for the roll-out of a safety education campaign in Victoria.

Copyright compliance is a major issue among venues, both in regards to licensing music and paying musicians. A year on, how are venues faring in complying to these rules?

APRA AMCOS has made some changes to their scheme recently, and we invite their licensing team to update venues at our regular venues days. Venues can submit a licensing enquiry via the APRA AMCOS website: apraamcos.com.au/music-customers

4,500 venues already had licenses across Australia in March last year, has that number increased since the release of the Best Practice Guidelines?

We don’t have new a national venue figures at the moment, but we plan to undertake a new Victorian Live Music census in October.

Music Victoria has added two new chapters. How did the chapter on accessibility come about?

Music Victoria wants everyone to have access to music, and a disability shouldn’t be a barrier. We are partnering with Arts Access and VicHealth on the Gig Buddies Program which will help locate volunteers to take people with disabilities to live music shows across the state.

What are some of the tips and best practices Arts Access has included?

Good lighting, hand rails on stairs and ramps, reserved seating near the stage, clear signage and Auslan interpreted performances, quiet spaces and rest areas and access to earplugs are all important, as is disability awareness and mental health first aid training for staff.

A chapter on greening venues has also been added. How can venues be more energy efficient?

The simplest thing to do is to contact your current electricity retailer and ask to be put onto their Green Power scheme, and also to promote cycling and public transport options.

Also phasing out water bottles by providing accessible and clean taps, or jugs or refilling stations, at bars and backstage.

Speaking of venues; The Espy will finally be reopening. Do you have an update on those plans at all?

Yes, we are thrilled that the Espy is re-opening. I’ve spoken to the new owners and am meeting with them next week. They say they are committed to hosting original live music again, and helping put St Kilda back on the musical map.

Music Victoria membership drive runs until 31 March. Membership fees will help Music Victoria continue this vital work for you and your music community.