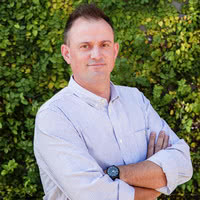 In that time, he’s honed a skill set across marketing, business development and digital, including Web3, gaming and more, and been custodian of WMG’s Owned & Operated brands, including Cool Accidents, I Like Your Old Stuff, Maniacs and HipHop DX.

Before joining WMG in 2014, Cahill had stints with The Sound Campaign, a creative solutions agency for brands and properties; ONELOVE Music Group; Sony Music and BMG.

At SXSW Sydney, which heads Down Under in 2023 for the first time, Cahill will serve as head of marketing and commercial partnerships.

There, he joins a growing team that is led by industry veteran Colin Daniels (as managing director), and includes Bossy Music founder Claire Collins (head of music).

Cahill used the platform of LinkedIn to spread the news early Thursday (Dec. 1).

“I’m incredibly excited to announce that I’m joining SXSW Sydney, the largest celebration of creativity in the southern hemisphere, as the Head of Marketing and Commercial Partnerships,” he writes. “I can’t wait to join the all-star team that Colin Daniels has assembled.” As previously reported, SXSW Sydney will be the official Asia Pacific leg of SXSW, which has been held each March in Austin, Texas since 1987 and has welcomed speakers and artists including former POTUS Barack Obama, Foo Fighter Dave Grohl, movie directors Taika Waititi and Steven Spielberg and late funk master Prince.

Announced late June, the industry gathering and live music smorgasbord will take place Oct. 15-22 in Australia’s most populous city – the first time SXSW has stepped out of the U.S.

In 2019, the year before COVID restrictions, the Austin gathering drew a total attendance of 280,000 to its official events, according to organisers, and injected US$355.9 million into the Texas capital’s economy.

The Sydney event is a collaboration between TEG and the NSW Government’s events and tourism arm Destination NSW.