As a Foundry inductee, Sycco (real name Sasha McLeod) will receive dedicated partner support from YouTube and seed funding invested into the development of her content.

According to the blurb, the YouTube program focuses on supporting young independent artists, providing them with marketing, promotion, development support and other tools to help set them up for long-term careers.

The selected artists can lean on the YouTube team and — if everything goes to plan — enjoy greater impact and global reach.

“We’re obsessed with finding potential, and looking for it from as many angles as possible,” Naomi Zeichner, Artist Partnerships Lead at YouTube Music, tells TIO.

Sycco is one of 27 artists, in what’s the biggest class to date, with 14 countries represented.

The latest honour caps a huge year for Sycco, who won two trophies at the 2021 Queensland Music Awards, including Song of the Year for ‘Dribble,’ and earned three nominations for the now-postponed NIMAs.

‘Dribble’ came in at No. 29 on the triple j Hottest 100 for 2020, she’s the latest artist to feature on Apple Music Up Next Local initiative, and she’s just scored $15,000 as a winner of the Levi’s Music Prize, in partnership with Bigsound.

The timing of the Foundry accolade is sweet. Sycco’s First EP is due out this Friday (July 30) via Future Classic, the label home of Flume, G Flip, Buzzy Lee and others.

“Sycco music is colourful and excitable,” the rising artist says in a statement, reacting to her YouTube honour. “I think my energy tends to exude those qualities. I love being my own boss, and answering to myself even when it gets hard. The satisfaction of getting something right and ticking off goals no matter how big or small is so fulfilling, and unlike any other feeling.”

Since its launch in 2015 as a workshop series, Foundry has boosted more than 150 developing artists across 15 countries, including breakout alumni like Arlo Parks, Dave, Dua Lipa, Gunna, HARDY, Natanael Cano, Novelbright, Omar Apollo, Rosalía, and Tems.

Sycco joins 2020 alumni Lime Cordiale as reps from the land Down Under.

Zeichner is confident Sycco and her classmates will see a global lift in the months ahead. TIO caught up with the U.S.-based executive for a chat via email. TIO. Hi Naomi. How are the highlighted artists selected for the Foundry programme? And what was it about Sycco that got her over the line?

YouTube is committed to supporting artists at every stage of their careers, including on day one, and Foundry represents our belief that the potential of independent artists is truly unmatched.

So we’re obsessed with finding potential, and looking for it from as many angles as possible. We look at the data, but we also utilize the expertise and relationships of our incredible global team.

We’re looking to work with artists who our support can benefit most: creatively ambitious artists who are actively releasing music and who’ve articulated their goals for that music, artists who fans feel recognized by, and artists whose teams value learning about how they can use YouTube’s tools to connect with fans.

Sycco is 19, and she’s already creating music you want to replay, and go see live.

Her early visuals are super thoughtful, and she has a strong global team behind her, from her label Future Classic in Australia to artist services company mtheory in the U.S., who have a ton of experience with digital innovation and breaking artists on a global scale.

It can also be especially satisfying when our methodology identifies artists that are also organically gravitating towards one another. For example, Sycco has collaborated with Junior Mesa, another class of 2021 artist, for an upcoming remix of her song ‘Past Life.’

Now that Sycco has been selected, how will YouTube get behind her?

When an artist joins Foundry, they receive global marketing and seed funding to invest in their content, but perhaps most significantly, they are matched with a team at YouTube that’s committed to the long-term success of their channels and careers.

Folks on our teams in both the U.S. and Australia will work closely with Sycco as she releases her debut EP and goes Live on YouTube for the first time this week.

We’ll also be unlocking on-platform promotion for the EP.

Sycco is short for ‘psychedelic’, and creating a visual world is fundamental to Sycco’s goals for her work – we’ll be alongside her as she creates music videos for every song from the project. 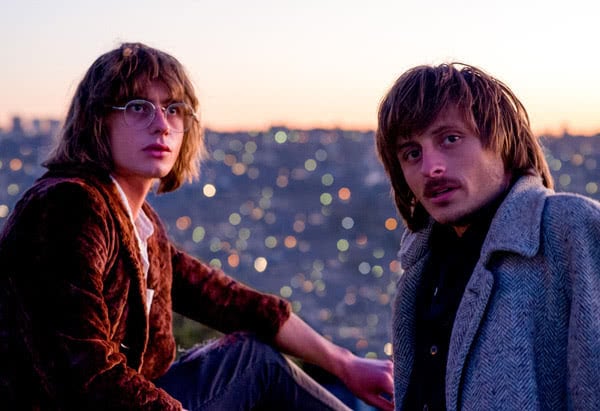 Lime Cordiale had a breakthrough year in 2020, with an ARIA Award and their first No. 1 album. How did their Foundry selection play into that success?

The Foundry class of 2020 was announced in April last year, at a time when the world was changing, suddenly.

Gigs were cancelled, and artists had to innovate, finding new ways to create and stay in touch with their fans. That’s a daunting task, but Lime Cordiale are so creative – they released amazing music videos and hilarious promo teasers, went Live to take fans behind the scenes, and recorded standout live sessions.

Being independent is a team sport, and development takes a village. At YouTube, Lime Cordiale had incredible champions in Marion Briand, who oversees music partnerships in Australia, and Mai Sasaki in Japan, who helps coordinate support for all Foundry artists in Asia and Oceania.

During Foundry, the band’s management and label team took the YouTube certification course and attended masterclasses on new features.

They were spotlighted at YouTube FanFest, and in a Google Nest campaign, and ultimately nominated for eight ARIAs in 2020.

Most of all, their fan-backed wins are a testament to the way they’ve built a community and showed up for their fans over the years.