How Pnau and Elton John made magic with ‘Cold Heart’ 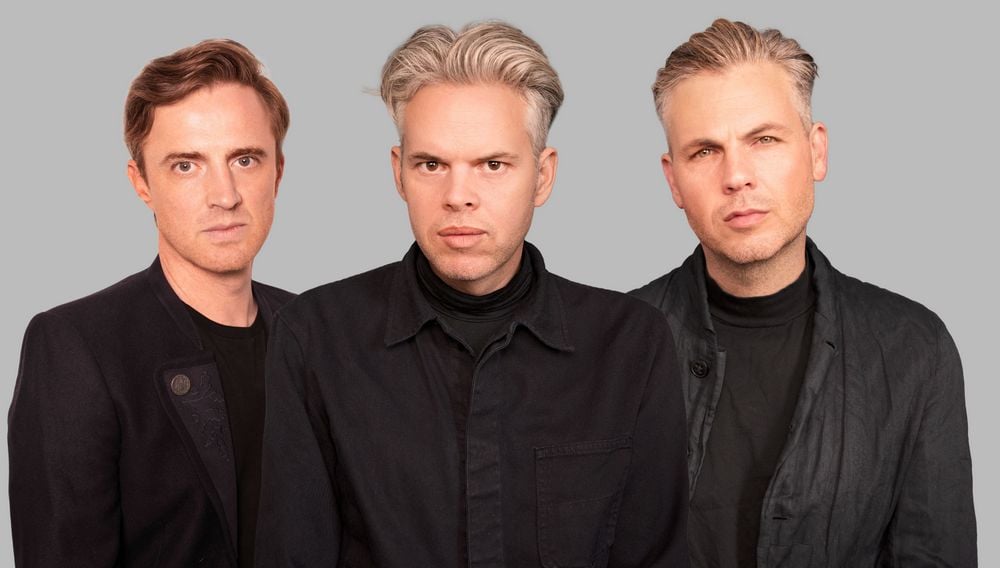 When magic happens, don’t waste it. And in the right environment, there’s a good chance it happens again.

Consider the unlikely alliance of Pnau and Elton John, who came together for 2012’s Good Morning to the Night. The magic was all there in the music.

The Australian electronic act of Nick Littlemore and Peter Mayes (Littlemore’s brother Sam has since come on board as an official member) came into Elton’s orbit, and, after a listening blitz on the Rocket Man’s catalog, Pnau began the painstaking task of cutting, pasting and completely reworking snippets of gold into a colourful new fabric.

Good Morning to the Night, billed as Elton John vs Pnau, logged a week at No. 1 on the Official U.K. Albums Chart, giving Elton his first leader in 22 years (his Very Best Of ruled in 1990, the year after he last reigned with a studio release, Sleeping With The Past).

Almost a decade after those spells were first cast, Elton and Pnau came together again, the result of which hit No. 1 in the U.K. and Australia in October, and crushed records as it got there.

On its way to the top, ‘Cold Heart,’ credited to Elton John and Dua Lipa, and remixed by Pnau, made Elton the first act in history to score a U.K. Top 10 single in six different decades.

And he’s officially the oldest artist to lead the ARIA Singles Chart, at 74 years, 7 months and 14 days.

“He got in touch, I was sick for a bit and feeling dark, and we started talking. Through that he said, ‘I’m coming to Australia,’” Nick Littlemore recounts.

When Elton’s Farewell Yellow Brick Road tour paused at the Hunter Valley in January 2020 for a brace of dates, the Littlemore brothers caught up action and met with Elton backstage.

“He just came straight out of the gate and offered us to make another record. To make an album, actually. He wanted us to use his pop records. We had carte blanche on the first record… we were trying to effectively place his music in Black history in the way that’s really deeper on the grooves, the jazz side of Elton. Good Morning to the Night was all about placing him in that world, whereas this was very much placed in the pop world. That was his desire.”

For Nick, the magic wasn’t quite there. He was battling Ramsay Hunt Syndrome, a debilitating illness which can lead to permanent facial paralysis and hearing loss.

“It was a six-month strange period where I couldn’t close an eye,” Littlemore explains over a Zoom call. The lingering effects can be felt today. “It changes your whole perception of reality,” he says. He ears, essential for a producer, become exhausted. Nick powered through with his bandmates. In the space of 8-12 months, a stack of tracks were built.

“We were delivering demos every month and not having a lot of success. We had every record available on a download. They were digitising things madly in the U.K. and sending us the multi-tracks of all the songs. I pulled up ‘Sacrifice’ one day and just started messing with it. And worked out that the chorus, though it was half the speed of a disco record, at about 62 beats per minute, if you cut it in the right way it could feel right against a 124 (bpm).”

“Sam had some notes in terms of sonics and some arrangements,” explains Nick, “but Pete really did the lion’s share on that particular record. It kind of came together magically.”

The brew was mixed to perfection. In the United States, ‘Cold Heart’ gave Elton his first Top 40 hit this century, and placed his name in the record books for the longest span of Top 40 Hot 100 appearances, at 50 years and 10 months, the time since ‘Your Song’ became the first of his 58 top tier releases.

There’s more where that new hit came from. “We ended up making 12-14 songs. One of which is ‘Cold Heart,’ the only one that has come out to date,” Littlemore explains. Cue disbelief from the interviewer, and a follow-up question on when Elton vs Pnau Part II will arrive in full.

“I know right? I wish I could answer that with some authority,” says Littlemore. “It’ll be interested to know how it rolls out.”

Pnau will perform Dec. 30 at Beyond the Valley’s two-day urban edition, Beyond The City. Others on the bill include Spacey Jane, Hayden James, Lime Cordiale, Ball Park Music, Mallrat and Sycco.

Read the story of how Elton John met Pnau, and created a U.K. No. 1 album.