Natalie Imbruglia has spoken out following the exit of Denis Handlin from Sony Music Australia following explosive claims of bullying and harassment in the company.

In an appearance on The Project on Monday night, Imbruglia was asked for her thoughts on Handlin’s departure after 51 years, including 37 years at the helm of the Australian company.

“You are telling me that news for the first time, so I didn’t realise that. To be honest, I didn’t have any direct contact with him, so… That’s a bit of a shock,” the 46-year-old told the panel.

Weighing in with her thoughts after Carrie Bickmore discussed music having its own “me too” moment, Imbruglia said, “Look, I had it in the acting industry.

“I think, you know, when I was coming up through the ranks, the kind of situations we were put in was definitely something that I hope has changed over the years, auditioning in bikinis, things like that.

“I do think, yeah, it is time for a change. So I can’t really comment on the Denis situation because I don’t know anything about it. But, yeah that is quite a shock,” Imbruglia added.

As reported by TIO, Denis Handlin was removed as the company’s chief executive a week after the publication approached their head office with the complaints.

Sony Music’s global chairman Rob Stringer announced the departure of Mr Handlin in an internal email to staff at 10.28 am on Monday.

“I am writing to let you know that Denis Handlin will be leaving Sony Music Entertainment after more than 50 years with the company, effective immediately,” Mr Stringer wrote.

“It is time for a change in leadership and I will be making further announcements in terms of the new direction of our business in Australia and New Zealand in due course.”

Denis Handlin’s departure from Sony Music Australia will also trigger his exit from the ARIA board and bring to an end his longstanding reign as Chairman. 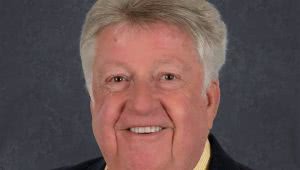 It’s unclear what the next step looks like, though what is certain is that ARIA will need to hold an election to fill the vacant Chairman position.

It comes as 20 former Sony Music Australia employees came forward to share allegations of a toxic workplace culture within the company.

In an investigation by The Guardian Australia writer Kelly Burke, former Sony employees shared complaints that focused broadly on the overall workplace culture, rather than specific individuals.

While none of the Sony employees featured in the article accused Handlin of sexual harassment, they were critical of the work environment which was fostered while he was CEO.

The complaints, which span more than two decades, include allegations of sexual harassment at work events, unfair treatment of women in the workplace, intimidation and alcohol abuse. Each of the employees who spoke to The Guardian did so under the condition of anonymity.

“Sony was ruled by fear, like nowhere else I’ve ever worked,” a former promotions manager told The Guardian.

Meanwhile, a former Sony manager said: “They hire young people [who] walk into that culture and think that’s normal because it’s all they’ve ever known.”

Five of the former employees that the publication spoke to revealed that they sought professional mental health treatment due to the stress their jobs caused them.