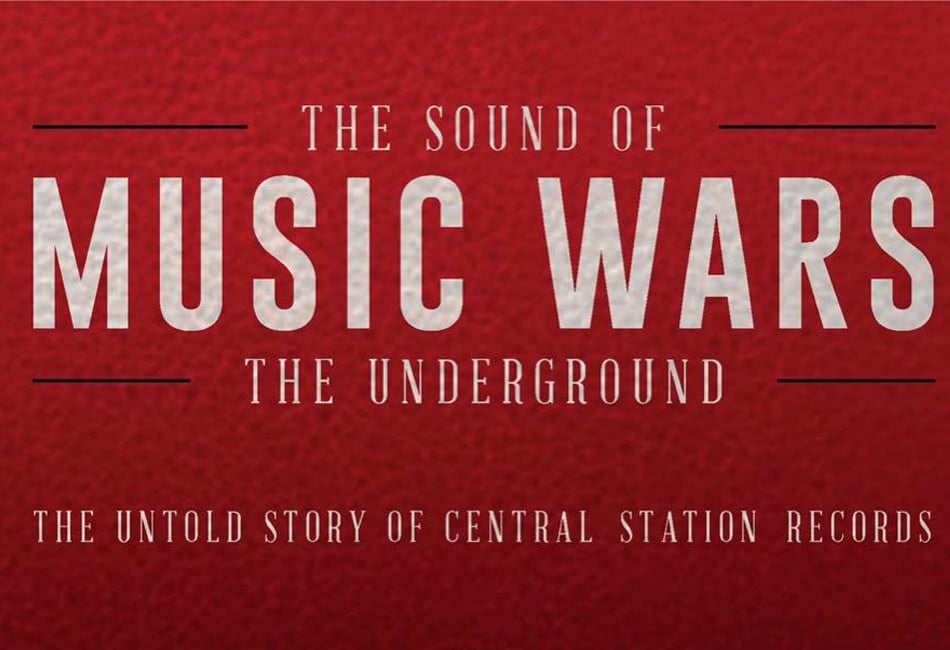 From its inception as a tiny Melbourne store in the 1970’s, to becoming the linchpin that paved the way for electronic dance music in Australia and New Zealand, Central Station Records’ status as an iconic dance music brand didn’t arrive without its trials and tribulations.

Music Wars: The Sound of the Underground tells the story of two unlikely entrepreneurs (Giuseppe ‘Jo’ Palumbo and Morgan Williams) who contended with legal threats, supply embargoes and intimidation tactics in the fight to let dance music emerge from the underground.

Penned by Rell Hannah and featuring 50+ interviews with DJs, producers and entrepreneurial creatives, Music Wars is out June 23.

The good people over at Central Station have sent us an excerpt so you can ‘try before you buy‘, check it out below:

A twenty-nine year old Italian immigrant now known as Jo Palumbo first stepped into this aggressive environment in 1975. While working full-time in finance, he partnered up with two friends to open JIST Records, a store at 77 Chapel Street in the inner Melbourne suburb of Windsor. But he stayed in the background, doing the books and tax returns in his spare time, only rarely dealing with customers and suppliers. When JIST started losing money, Jo figured that it was a simple problem – his partners weren’t putting enough effort into customer service. They were sleeping in after big nights out, failing to open the store for the all-important weekend trade. After a few years of frustration, he bought out his friends’ shares and hired someone else to run the store. But the idea of getting behind the counter at his own place grew on him. By the troubled year of 1979, he had become disillusioned with his employer, because GMAC was making too many wrong decisions for his liking.

Every weekday, he took a train from Glen Waverly to the city, arriving at Flinders Street Station and walking up a ramp into the Princes Gate Arcade, under what is now Federation Square. Along the way, he passed a record store. ‘It was a funny little place, about four metres by four, run by a middle-aged man,’ he remembers. ‘His stock was basic – mostly country music and Australian rock – but I liked talking to him about music.’ One day, Jo noticed a sign in the shop’s window: ‘This business is for sale’. So he went inside and asked the price.

‘Six hundred dollars,’ came the reply. Looking around, it didn’t take Jo long to recognise a bargain – the value of the stock and fittings was well above the asking price. ‘I’ve taken a job at TDK Australia selling blank cassette tapes,’ explained the vendor. ‘I need to get out. I’m happy to sell cheaply.’

Deal done, Jo quit his job and began running the store. It was a big leap of faith. He had been making good money selling motorcar finance and insurance and he was a relative novice in the record business. The vendor’s new job had given him an idea, though, and he put in a big order for TDK blank tapes to sell in his new shop. That would prove a good decision, as the do-it-yourself mix tape was taking off in a big way. The appearance of the boom box in the mid 70s had allowed people to record from radio to cassette on the one portable device.

In the tiny space, Jo began mulling over a new name. JIST was too much associated with other people, other times. Aware that great cities around the world had central stations, he decided to purloin that term. The funny little store’s best asset was its location – a stone’s throw from Flinders Street Station, the hub of Melbourne’s suburban rail lines. After a search at the registry office showed availability, he registered ‘Central Station Records and Tapes’ (and variants) as business names. The next step was commissioning a logo. A French graphic artist from Heidelberg in Melbourne was paid $50 for the original design, which resembled the symbol used by the London Underground. Without twigging to the visual reference, Jo registered the artwork as his trademark. A wooden sign bearing the name, Central Station Records and Tapes, was hung on chains in the window.

To begin with, the new store carried top forty singles and albums, including by disco divas Donna Summer and Diana Ross, as well as earlier gay icons from Barbra Streisand to Peggy Lee. But customers started asking for titles Jo had never heard of, like La Bamba by Antonio Rodriguez, Love Attack by Ferrara, Holy Ghost by The Bar-Kays and Rapper’s Delight by The Sugarhill Gang. Jo rang all of the obvious suppliers – the local branches of multinational recording companies – but none of them had heard or cared about these songs. The innocent that he was in those days, he made no progress discovering more until a customer suggested Billboard magazine as a good source of info. The magazine was a revelation. All of the songs people had been asking for appeared on its charts of top-selling American music.

This was the end of the 70s, when Casey Kasem’s American Top 40 radio show was syndicated across Australian airwaves. Jo started listening to it at one o’clock each afternoon on 3KZ in Melbourne. In Muswellbrook, a country town in the Hunter Valley, New South Wales, a teenager by the name of Paul Taylor (aka Paul ‘flex’ Taylor) listened to the same program late at night when the local station switched over to 2NX in Newcastle. ‘Australian radio was so white,’ remembers Paul. ‘DJs had to stick to sanitised playlists. The only reason I knew about the Jacksons was because I watched the cartoon series on TV. Those glimpses of blackness late at night got me hooked. OK, I like this. It’s funky. Let’s hear some more black music.’

But how did a record store get hold of this music if the majors weren’t interested in releasing it here? One day, poring over Billboard, Jo noticed a tiny dodgy-looking advertisement for a Miami company offering ‘DJ equipment and promotional vinyl’. So he worked out the time difference and called the number at four o’clock in the morning Melbourne time.

‘I can’t help you. I don’t carry the titles you’re looking for,’ said the Puerto Rican guy who answered. ‘All I have are some boxes out the back full of promotional twelve-inches. I don’t even know what’s in there.’ ‘How many have you got?’

‘About eight boxes. A hundred records in each.’

‘Oh, about fifty cents a piece.’

With wider groove spacing than the traditional seven-inch single, the twelve-inch allowed for better (and louder) sound quality as well as the extended length suited to dance floors, so the format quickly became popular with reggae and disco club DJs in America in the late 70s. No major record supplier was making them available in Australia. But Jo’s new contact in Miami had promotional stock that had probably been given away to American radio jocks or record store buyers who later sold them on to middlemen.

Taking a punt, Jo transferred the funds and organised shipment by sea because airfreight was too costly. When the lucky-dip boxes arrived about a month later, he found only three or four copies of sought-after songs, rather than the fifty plus copies of each that he needed to meet demand. However, the rest of the contents turned out to be even better –exceptional material by new American artists. After factoring in costs and wastage, he figured he had to charge $10 a piece to make a modest profit. Considering that LPs retailed at $7.99 back then, $10 was a steep price for a single. To his surprise, though, customers were not only prepared to pay that price – they also fought for the privilege!

His first twelve-inch sale – Gimme Back My Love Affair by Sister Power – was to Ken Walker. Nowadays, Ken is a legendary DJ with a long list of top-selling remixes on Soundcloud. Back then, he was a young engineering cadet and part-time DJ. At lunchtime, he would often take the train from South Melbourne to the city to escape his boring workplace and shop at Gaslight Records. One day, he’d missed his return train, so he’d decided to fill in time by crossing the road to the Princes Gate Arcade. There he’d discovered the little shop and the big personality who ran it. They’d started chatting.

‘Been DJing for a couple of years,’ Ken had replied.

‘Funny, you should say that. I’ve got a contact in the States who wants to send me old disco records to sell. My first shipment is coming in next week.’

Ken had been stoked. Disco Oasis in Elsternwick had recently closed its doors, and all of the other import stores in the city had been focusing on funk and R&B. Opportunities for DJs to source dance music had been few and far between, so next week he’d come back to check out Jo’s first imports.

‘I bought the first ever twelves that he sold and I’ve still got them,’ he says. ‘Jo and I became friends and I spread the word to the other DJs. The next thing you knew you had people queuing up to buy vinyl from him. The American and UK pressings sounded thirty or forty per cent better than the local pressings. If you were working on a sound system that didn’t have very good amps or output, you would really notice the difference.’