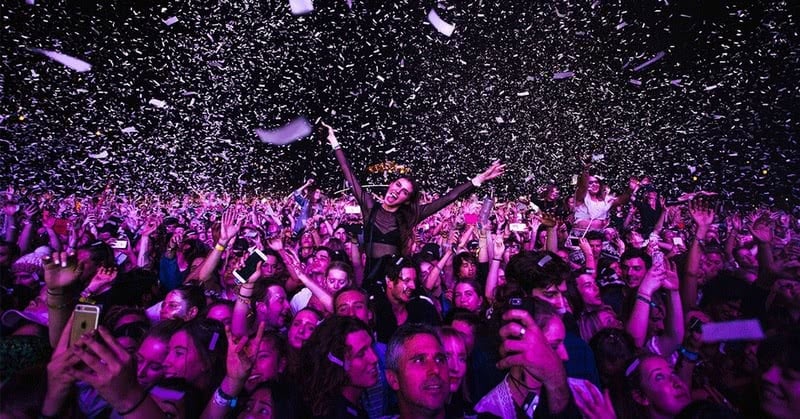 Ticketmaster is buying up Moshtix, TIO can exclusively reveal.

Moshtix, led by its managing director Harley Evans, a seasoned ticketing veteran with experience in the U.K. and his homeland, New Zealand, is considered one of the biggest independents in a ticketing space dominated by Ticketmaster and Ticketek, which together account for an estimated 80 percent of all live entertainment tickets sold in these parts.

Financial terms were not revealed for the deal, which will see Moshtix and its 30-plus Sydney employees continue operating as a standalone business unit under Evans.

Established by Hamish Petrie in 2003, Moshtix found its lane working with smaller venues and festivals. Rupert Murdoch’s News Corp bought the company in 2007 and, in 2013, Evans and his business partner, former News Ltd executive Vanessa Bond, orchestrated a management buyout of Moshtix and its sister company Foxtix, essentially calling time on Murdoch’s foray into ticketing.

With Evans at the wheel, Moshtix put considerable resources into developing tech solutions for its clients, which include Groovin’ The Moo, Oxford Art Factory, Supanova, and the Australian Turf Club. Last year, to coincide with its 15th anniversary, the company announced a string of new hires and launched its “MoshMessenger” bot, which connects Facebook Messenger users with live events. The bot tied into a broader package of investment and development which fed into the company’s “make live easy” mission. Evans says he still an indie guy at heart. “Very much so. The thing that was so attractive about the partnership with Ticketmaster was that they absolutely want us to operate as a standalone business,” he tells TIO. “They were very clear from the outset that they don’t buy businesses to meddle with them. They want to empower businesses like Moshtix to take what Ticketmaster can bring to the table and improve the experience for the end user. This was incredibly important to me given the effort that’s gone into building the relationships and trust with our clients over many years.”

Evans joined Moshtix in 2010 as commercial director, after stints at Ticketek, at Dainty Consolidated Entertainment and with the London-based Fulham Football Club in ticketing and management capacities. “I’m aligned to a ‘roll your sleeves up and go above and beyond” work ethic, something that’s always been part of the culture,” he says. “And that certainly won’t change.”

It’s “business as usual,” reads a message sent to clients late Tuesday morning. The message continues: “You’ll benefit from Ticketmaster’s extensive database of four million fans locally, along with 90 million fans across 29 countries. Our event listings will be integrated into Ticketmaster.com.au to increase exposure and attract new audiences. You’ll also be able to reach fans right where they are, through Ticketmaster’s affiliate partnerships with some of the most used platforms including Spotify, Bandsintown, YouTube and Facebook.” In a statement, Maria O’Connor, Managing Director of Ticketmaster Australia and New Zealand, notes, “Moshtix has a rich 15-year history and during this time have developed a reputation for being extremely hard-working and passionate about what they do. Their mission to ‘make live easy’ by delivering a seamless connection between partner, fan and the artist is shared with us. We look forward to working with them to help fans discover, share and experience the live entertainment they love.”

Moshtix joins the fold some 15 months after the Live Nation-owned ticketing giant launched its own DIY platform Universe, in 2017.

“My primary focus is on being the best service provider in the local market,” Evans insists. “I still see enormous opportunity in the Australian and New Zealand markets to deliver a better service to event organisers and the fan. The ability to take some of the best bits from Ticketmaster and bundle them with what we’re continuing to develop at Moshtix is really exciting and transformational in terms of our aspiration to be seen as a valued partner in the events ecosystem.”