Midnight Oil, Tones And I among big winners at 2021 APRA Music Awards Midnight Oil’s long-overdue return to the studio and the stage was celebrated at the APRA Music Awards with one of the biggest prizes on offer, the APRA Song of the Year.

The Oils took out the peer-voted honour for ‘Gadigal Land,’ their first new music in almost two decades.

Penned by Rob Hirst, Gadigal poet Joel Davison and Bunna Lawrie, ‘Gadigal Land’ is an unflinching account of how the Aboriginal and Islander people across the country were dispossessed when Europeans first settled here 250 years ago.

‘Gadigal Land’ appeared on The Makarrata Project, an LP album of collaborations with Indigenous artists. The Makarrata Project has a deeply emotional connection with the artists who who performed on it. It debuted at No. 1 on the ARIA Albums Chart last year, hitting the top just hours prior to the death of Oils bass player Bones Hillman.

The Slow Rush dominated the ARIA Chart on its release, and enjoyed Top 5 chart debuts on both sides of the Atlantic.

“When you think of the music of Kevin Parker and Tame Impala it’s very easy to get caught up in the atmosphere and the sonics and the waviness of it all. And it has all those things and I love those things. But really what I love the most at the root of it is the songs,” he enthused.

“The hooks, the melodies and that can mean a great chorus or vocal line or the hookiest bass line you’ve ever heard. You think of ‘The Less I Know the Better’ – it’s one of the most iconic basslines of the past 20 years. He really is such a fantastic songwriter. It’s great to see him getting the recognition he deserves tonight, so thank you APRA for having me.” Tones And I added another pair of trophies to her growing collection, this time taking out Most Performed Pop Work and Most Performed Australian Work for ‘Never Seen the Rain,’ the follow-up to her monster global hit ‘Dance Monkey’.

The Kid LAROI scored his first nomination for the APRA Music Awards this year, making him the youngest nominee this time. The Sydney singer and rapper became the youngest winner on Wednesday night when he scooped Breakthrough Songwriter of the Year.

It’s the latest highlight in a fast-moving career that has seen LAROI (real name Charlton Howard) become the youngest ever leader (at 17) on the ARIA Albums Chart, hit No. 3 on the Billboard 200 with F*ck Love (Savage) and enjoy the spotlight treatment from Spotify and MTV. 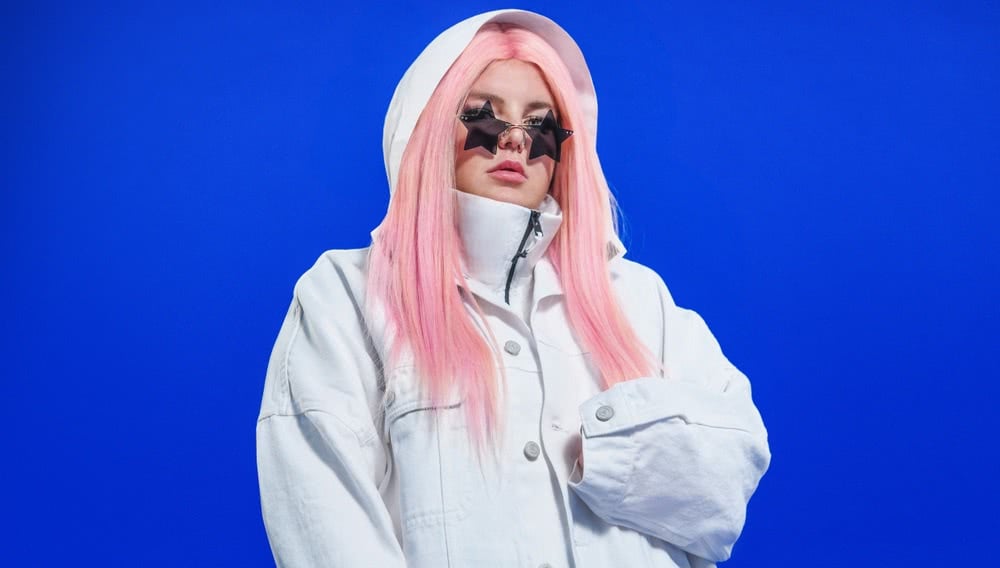 Other winners included The Rubens (Most Performed Alternative Work with ‘Live in Life’); Morgan Evans (Most Performed Country Work for ‘Diamonds’ which he co-wrote with Evan Bogart and Chris de Stefano);
Harley Streten (Flume), Celia Pavey (Vera Blue), Eric Dubowsky and Sophie Cates (Most Performed Dance Work for ‘Rushing Back’); and Busby Marou (Most Performed Blues & Roots Work for ‘Over Drinking Over You’ with co-writers Ivy Adara, Jon Hume and Lindsey Jackson).

And in a brace of new categories, Filipo Faaoloii (aka Youngn Lipz) won Most Performed Hip Hop / Rap Work for ‘Misunderstood’; and the Teskey Brothers scooped Most Performed R&B / Soul Work for ‘Rain.’

The biggest cheers of the night were saved for the recipients of the Ted Albert Award for Outstanding Services to Australian Music, one of the music industry’s most prestigious accolades.

Country music great Joy McKean was on hand to accept the 2021 honor, presented by her children Anne and David Kirkpatrick, while the late singer, songwriter and activist Helen Reddy, whose 1970s hit ‘I Am Woman’ is a feminist anthem, was posthumously recognised with the award for 2020. Michael Gudinski attended many APRA Awards in the past, taking home circular trophies with monotonous regularity. The late Mushroom Group founder and Chairman was celebrated with a performance by Jimmy Barnes AO and Josh Teskey, who joined forces on ‘I Remember When I Was Young.’ The classic rock song was written by Matt Taylor of Australian blues band Chain, a band that MG managed in the early stages of his career.

The APRA Awards were held at the Sydney International Convention Centre and hosted by Julia Zemiro, Ziggy Ramo and Georgia Mooney. The APRA AMCOS YouTube channel streamed highlights on the night.

WINNERS OF THE 2021 APRA MUSIC AWARDS