Men At Work’s ‘Down Under’ Lauded With Billions Award 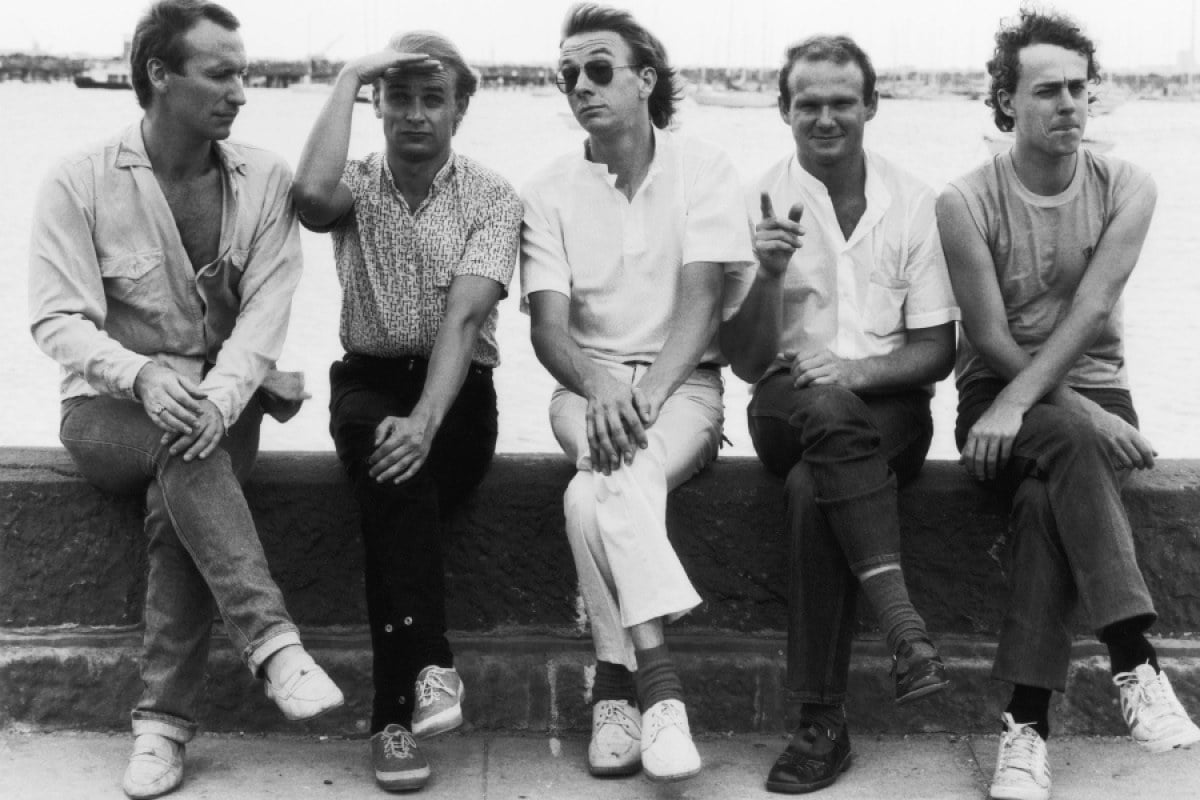 Songwriter Colin Hay was on hand at the PRO’s offices Thursday (Nov. 17) to receive his Billions Award for the hit, which, following its release in 1981, made Men At Work the hottest band on the planet.

Anywhere in the world where Australians drink, where music is played, and particularly when the national team is competing, you’re bound to hear “Down Under.”

With the breakthrough hit in their pocket, Men At Work scaled rare heights for an Aussie act.

It stayed at No. 1 on the Billboard Hot 100 chart, and has sold two million copies Stateside. Colin Hay receives his Billions Award for “Down Under”

“Down Under” has had a remarkable journey. The song was the subject of an ugly legal dispute in the late 2000s when Sydney-based Larrikin Music sued ‘Down Under’ songwriters Colin Hay and Ron Strykert, together with Sony BMG Music Entertainment, Sony DADC Australia, EMI Songs Australia and EMI Music Publishing.

Then, earlier this year, a reimagined cut by producer and DJ Luude, and featuring Hay’s vocals, blasted away on charts around the globe.

In the U.K., Luude’s drum ‘n’ bass release went to No. 5, it reached No. 2 on the ARIA Chart and logged nine weeks atop the New Zealand survey.

Currently, “Down Under” soundtracks the global Tourism Australia campaign with a re-imagined cut by Arnhem Land band King Stingray singing in Yolngu Matha and English.

“The young lad Luude brought it to life, it’s just one of those songs—it’s in people’s consciousness,” Hay told Ormston during a Q&A.

“The young band King Stingray who have done it—I couldn’t think of a better way to update the song, than to have traditional lyrics from First Nations people who can interpret the song and go ‘OK, this is what it means to me’ and bring it forward to today and further the cause of inclusion. Anything you can do to further the cause, I’m happy to be part of it.”

APRA AMCOS’ list acknowledges streaming data from all major services including Spotify, Apple Music, YouTube, YouTube Music, Vevo, Amazon, and others, and is said to be the first award of its kind to recognise a songwriter’s achievement.

“This award is very special because it honours the songwriter, and ultimately, the connection of a song on a global scale,” notes Ormston. “Down Under’ is about heart and home, it connects with people in a very fundamental way, and is as relevant today as it was 40 years ago.”

Apart from its commercial success, adds Damian Trotter, managing director, Sony Music Publishing Australia, “Down Under” will “always be one of the most important songs to have been written about Australia.”