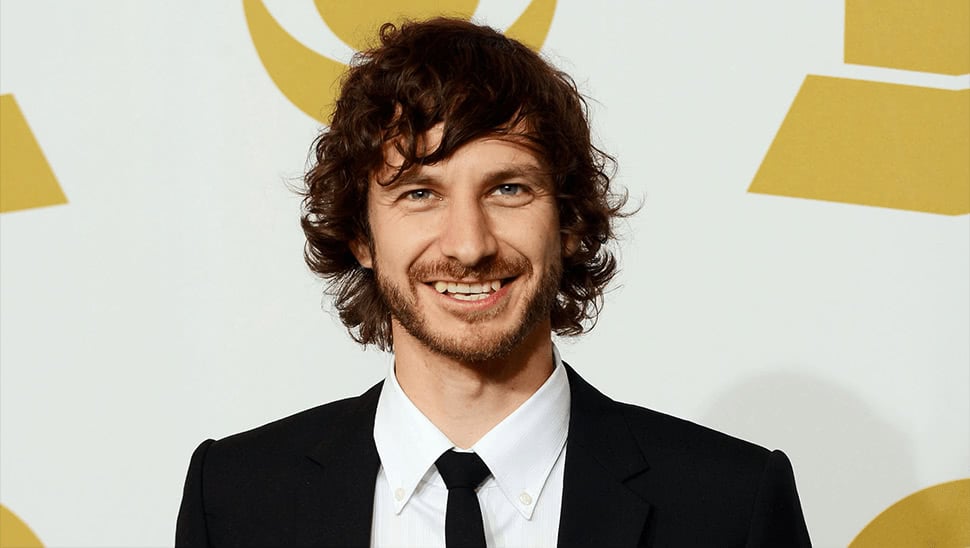 Three Grammys, a long run at No. 1 in the United States and more than a billion streams set-up Gotye as a rare type of Australian success story.

Today, he’s confirmed as the ARIA Chart Australian Artist of the Decade, an award that recognises feats across all platforms and formats in Australia over the past ten years, from CDs to streaming, downloads to vinyl.

Wally de Backer, the multi-instrumental wonder who records under the solo moniker Gotye and plays drums with The Basics, has been relatively quiet in recent years.

He sure made a lot of noise in 2012 with ‘Somebody That I Used to Know’ featuring Kimbra, a song that went supernova on charts around the globe including a two-month-long stint atop the Billboard Hot 100 in the U.S.

On the newly-published ARIA End Of Decade Australian Singles Chart, Gotye comes out on top with ‘Somebody That I Used To Know’, which is 14-times platinum and is noted as the No. 2 single of the decade overall, behind only Ed Sheeran’s ‘Shape Of You’ and ahead of Mark Ronson featuring Bruno Mars’ ‘Uptown Funk.’

Gotye’s album Making Mirrors comes in at No. 3 on the ARIA End Of Decade Australian Albums Chart, the highest slot for a new Australian recording from the past decade. Only INXS – The Very Best (at No. 1) and Cold Chisel – The Best Of Cold Chisel: All For You place above it.

“Gotye set the tone and trend for Australian music this decade, as our industry became increasingly global,” comments ARIA CEO Dan Rosen in a statement. “Gotye’s music climbed charts all around the world and created a lasting impact and legacy that inspired a new generation of Aussie acts to take on the world.” ‘Somebody’ secured Gotye a swag of ARIAs and APRA Awards in 2012 and 2013. The trophies also came from the U.S. and Europe and he made fans in high places. When Gotye collected the 2013 record of the year Grammy from Prince, the Purple One enthused, “I love this song.”

“Sincere thanks to everyone who has listened to and supported my music over the years,” Gotye says in a release announcing the ARIA decade and year-end charts, issued Friday.

“In some ways it feels like ‘Somebody That I Used To Know’ and Making Mirrors came out more than a decade ago. And for anyone who’s wondering – yes, the follow-up album will be released in the next decade. Probably.”

Watch Gotye’s ‘Somebody That I Used to Know’:

Goyte was the first of the golden generation, a pack of homegrown stars who would go on to crash charts and arenas everywhere, from Tame Impala to Flume, Iggy Azalea, Alison Wonderland, Courtney Barnett and breakthrough star Tones And I, who is named ARIA Chart Australian Artist of 2019.

Tones’ global hit ‘Dance Monkey’ spent a record-breaking 22 weeks at No. 1 in 2019, toppling Ed Sheeran’s ‘Shape Of You’ along the way.

The Victorian-born breakthrough artist, real name Toni Watson, has two other tracks in the ARIA 2019 Singles Chart, with ‘Johnny Run Away’ (No. 31) and ‘Never Seen The Rain’ (No. 49).

Her debut EP The Kids Are Coming also cracks the ARIA 2019 Albums Chart at No. 21.

“Thank you Australia, 2019 is a year I will never forget,” says Tones, whose hit single ruled the U.K. chart for a whopping 11 weeks, the longest reign by a solo female artist.

“Even being in the ARIA Charts is a huge achievement and the fact that my country has supported me and kept me at number one is very humbling. Now let’s get ready for 2020.”

In a surprise to absolutely no-one, Ed Sheeran comes out on top as the ARIA Chart International Artist of the Decade, thanks in part of the immovable force that was ‘Shape Of You,’ the leader on the ARIA End Of Decade Singles Chart.

Watch Ed Sheeran’s ‘Shape Of You’:

During those ten years, Sheeran landed five No. 1 singles and four No. 1 albums and smashed a decades-long box-office record with his Divide stadium tour, which shifted more than a million tickets.

Fellow Brit Adele is the ruler of ARIA’s decade-long albums chart with her blockbuster 21 at No. 1 and 25 at No. 3. No Australian recording appears on the 2010 albums survey, which is dominated by artists from the U.K. and North America.

California teen sensation Billie Eilish takes out two titles, for ARIA Chart International Artist of 2019 and the ARIA 2019 Albums Chart with her debut album When We All Fall Asleep, Where Do We Go?.

See the ARIA Charts below.