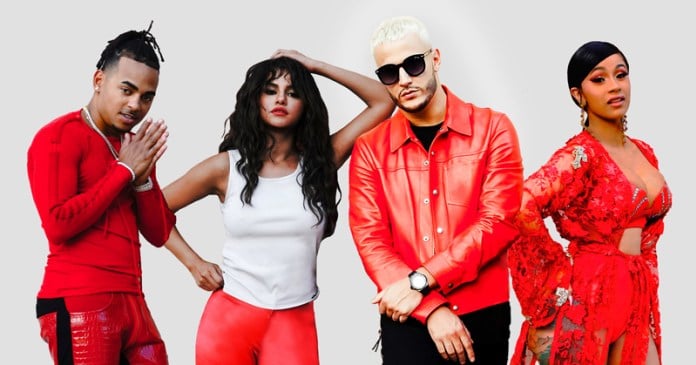 DJ Snake has become the fifth artist to hit 1 billion Spotify views for the second time.

He follows in the footsteps of Drake, Ed Sheeran, Justin Bieber and The Chainsmokers.

The French artist’s first was Lean On with Major Lazer and MØ which cracked 1 billion in June 2017.

Now his collab with Bieber, Let Me Love You from August 2016, has also hit that landmark.

He tweeted Bieber: “We made something timeless together.”

Meantime his latest single Taki Taki – the world rhythm track fuelled featuring Cardi B, Selena Gomez and Ozuna – had in its first week of release, it had hit 42 million Spotify streams, and 35 million YouTube views.

It was announced overnight that Marshmello’s Alone video has passed 1 billion views on YouTube.

The video, with a narrative about the trauma of grade school, was released in July 2016.

Other EDM identities to also hit the milestone include Major Lazer & DJ Snake, Calvin Harris, Alan Walker and The Chainsmokers.

Marshmello became the first electronic act to reach 20 million subscribers on his YouTube channel – and the 15th overall.

Earlier this month Marshmello picked up the trophy at the American Music Awards for best electronic artist.

After his collab with Anne-Marie, Friends reached #11 in the US, his team up with Bastille, Happier, looks poised to enter the Top 10.

He’s been giving back to the community. The Kids In Need of Defence Foundation (KIND) recently revealed he wrote out a cheque for $500,000 so they could continue their work to protect vulnerable children.