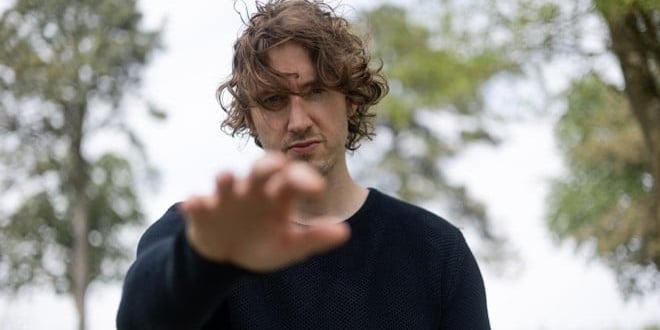 Sad songs say so much. Just ask Dean Lewis, who got the tears flowing in 2022 with “How Do I Say Goodbye” — and kept TikTokers glued to their devices.

Lewis’ heart-breaker was used in more than 87,000 clips on the short-video sharing platform, more than any other Australian recording this year.

“How Do I Say Goodbye” leads all Aussies in The Hitmakers club, one of several lists published today (Dec. 7) with the Year on TikTok 2022 report.

“How Do I Say Goodbye” tackles the pain of losing a parent to illness, and is lifted from Lewis’ second album release The Hardest Love, which hit No. 4 on the ARIA Chart following its release last month.

Brits, in particular, got hooked.

The single peaked at No. 23 on the Official U.K. Singles Chart, thanks in part to TikTok’s viral effect.

Lewis, a keen gamer who boasts 2.5 million TikTok followers, saw his career blow up with 2018’s “Be Alright.” That single peaked at No. 11 in the U.K. and No. 23 in the U.S., has upwards of 3.6 billion streams across all platforms, and is elevated into Spotify and APRA’s Billions clubs.

According to Universal Music Australia, Lewis has shifted more than 4 million albums and EPs worldwide, and accumulated more than 7.7 billion streams.

Meanwhile, Luclover’s “L$d” was deemed the most popular song that soundtracked 2022 on TikTok.

The teenage Texas rapper leads the global “Playlist,” ahead of Yung Lean’s “Ginseng Strip 2002,” Lizzo’s “About Damn Time,” Harry Styles’ “As It Was” and Kate Bush’s Stranger Things-powered comeback wonder, “Running Up That Hill (A Deal With God)”.

TikTok boasts over one billion users, according to a report published in September 2021, the most recent publicly-available data.

“Right now there’s an incredible correlation between success on TikTok and what then becomes successful on Spotify, YouTube, Amazon, Apple, the multitude of streaming services,” Ole Obermann, global head of music at TikTok and Bytedance, explained at the 2022 Music Matters conference in Singapore.

“You can literally see a 24-48 hour correlation between something that picks up on TikTok first and rises up the charts on those services.”

The TikTok 2022 report captures trends from Australia and around the world, and is based on internal research and trends analysis conducted from January to October 2022. The Playlist – Popular songs that soundtracked 2022 on TikTok

The Hitmakers – Most viewed Australian artists on TikTok