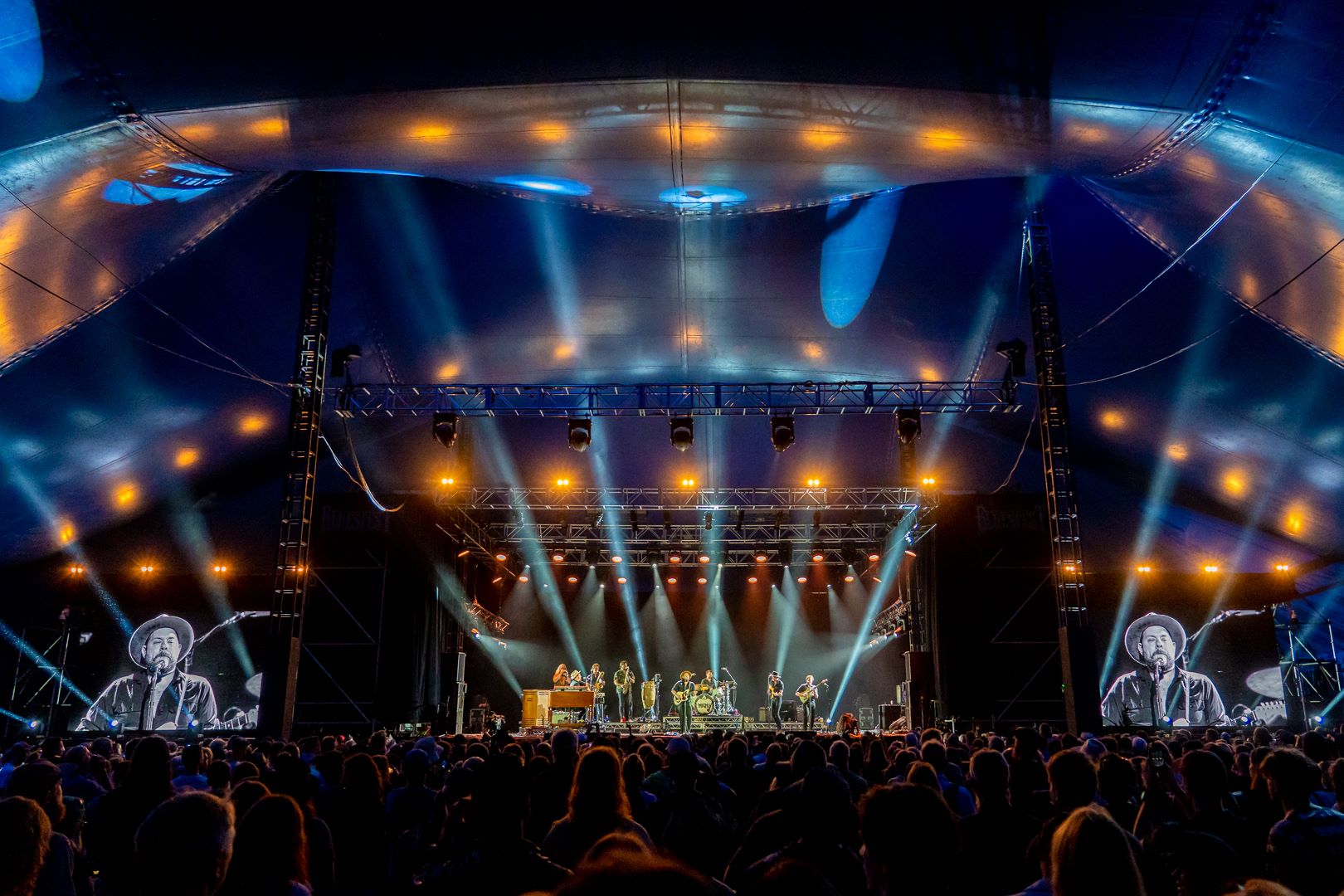 An economic study showed it created thousands of jobs and millions of dollars for local economies, and it featured high on a Pollstar mid-year report.

“I took the view I wasn’t going to do a cut-down event,” Bluesfest director Peter Noble told TMN. “I didn’t want people walking in the gate and saying, ‘Oh it’s not what it used to be’.

“Anything short of that, with the experience not fulfilled, would not be good for the brand. My brand is right up there with the best, and there couldn’t be a backward step.”

In the final run-up, there were flash floods and storms in the region, artists and workers caught COVID, there was a drastic drop in volunteer numbers, and a constant fear that NSW Health could close it down at the last minute loomed.

The economic impact report by Reuben Lawrence Consulting, published July 21, showed that 45% of the audience came from across the border, and they brought between $175 million to $180 million with them.

This was spent on travel, accommodation and food, and apart from ticket sales the food and merchandise revenue on the Bluesfest site.

Bluesfest injected $70.2 million into the Byron Shire, with spending of $142.2 million, wages and salaries of $25.6 million and about 641.8 full-time equivalent (FTE) employment positions.

The ravaged Northern Rivers economy benefitted to the tune of $143.9 million, with the festival spending $254 million, creating 1,348.5 FTEs and $57.2 million on wages and salaries. Noble says such figures can be used to entice investment from governments and bureaucrats.

“At least they’ll listen,” he shrugs.

Such investment means “I’ll continue to be able to own my own company, I wouldn’t have to sell out to a multinational.

“Bluesfest remains the last remaining major Australian-owned event… and that should be important to anybody who cares about our industry.

“I’m not against multinationals, but there should be a place for Australia-owned events.”

Regular upgrades are needed on the Bluesfest site (“at a level where public would feel they see improvement every time they came”) and there’s the battle to keep ticket prices down while prices are going up for Australian headliners.

He hopes younger less experienced promoters don’t fall for this at a time when events have to be more cost-conscious than ever before.

The Pollstar six months of 2022 had Bluesfest at No.1 highest grossing Australian event, No.2 Australian promoter (for the Bluesfest Group), and Byron Events Farm at No.8 in the Worldwide Stadium/ Outdoor Venue category.

These figures – along with a growing reputation among overseas promoters for how he steered Bluesfest through the crisis – saw promoters, governments and tourism bodies from a number of Southeast Asian countries initiate discussions about staging Bluesfest there.

This year four Australian regional cities approached him about holding one-day events there alongside the Byron mothership.

“I want to do more. Blues artists say you don’t make it until you’re in yours 50s.As a promoter, I don’t think I’ll have made it until I’m in my 60s. I’m a late bloomer!”