Annabelle Herd sure chose an auspicious time to enter the music industry.

Herd took the reins at ARIA and PPCA on Feb. 1, bringing with her a skillset stacked with legal and lobbying work, and extensive experience in the television industry, including 16 years with Network 10.

Six months ago, the record biz was caught in the uncertainly of a pandemic and was on the brink of facing its own #MeToo moment.

Digital was up, as most of us stayed at home and glued ourselves to devices. Artists couldn’t tour to support their works. Little has changed.

In that time, some giants have fallen, including Michael Gudinski, Chris Murphy and Justin Cosby, and Denis Handlin was stood down from Sony Music after more than 50 years with the company, including nearly four decades leading the local business. 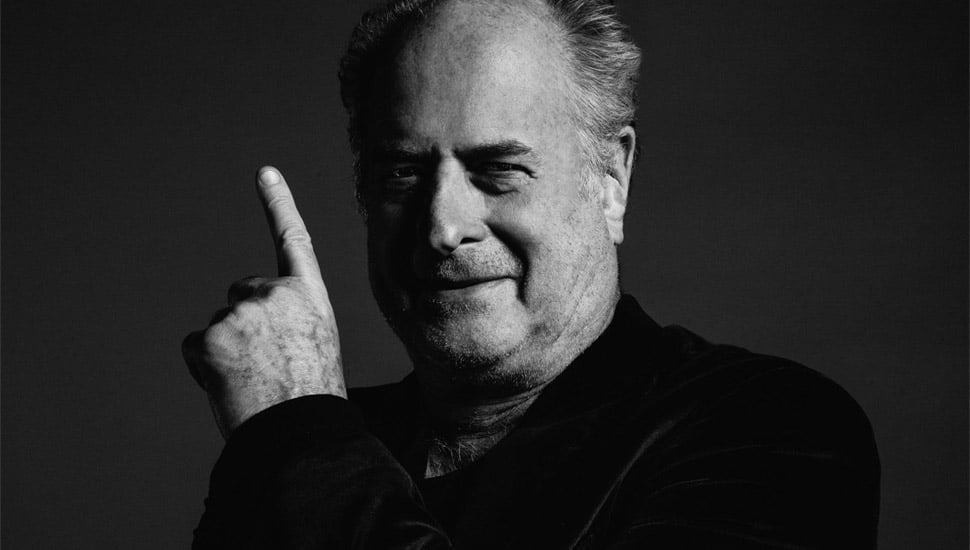 As #MeToo gathered steam, and stories of bad behaviour across the industry began to emerge on a regular basis, Herd and ARIA started an “initial conversation” on how to start the ball rolling on cultural change. From that May 24 session, a temporary working group of volunteers was established.

The changes keep coming. With Handlin out at Sony Music, ARIA appointed a new Chair, Natalie Waller, for the first time in more than a decade. And just this week, Tessa Kerans joined ARIA and PPCA in the role of Marketing and Communications Manager.

TIO caught up with Herd for a look at the road ahead and to survey a record industry spinning at a higher speed than any of us remember.

Annabelle, they say timing is everything. You sure have timed your entry into the record industry.

It is strange but also strangely familiar. It’s not familiar in the sense that I’ve not been in music before, but as everybody knows, I’ve come from a world of constant change. Of high turnover in heads of industry. I worked with six CEOs at Channel 10. In that respect, I’m very comfortable with change.

Obviously some of the change that’s happened this year has been tragic, and other change has been monumental because it’s been so long since there has been a shift.

I see great opportunity. There’s opportunity for the new generation of leaders in this industry to really step up and take their place. Speak up, tell us what you think, get behind young Australian artists. Bring about more change in the industry. It’s exciting and positive.

Guy Sebastian will host the ARIAs for 2019

Do you get a sense of how the recorded music industry is faring at this point?

There is great growth in streaming and vinyl, which is fantastic because it shows when we get live music back on track, then consumers are there and there’s a lot more growth to come.

It’s exciting but it’s not to underplay in any way the absolute crisis that is facing live music at the moment.

The recent lockdowns have been another absolute kick in the guts for the industry, the uncertainty, the loss of income.

There’s a lot of conversations happening right now. I’m talking with people across other industry organisations and other places to see what we can do, what government can do or fix or tweak, so that people can get access to emergency payments. And then to look at what the roadmap out of this is.

How are we going to get the live music scene back on its feet, how is this going to happen, what regulatory and policy settings need to be in place, what assistance is there?

The good thing is the industry does seem to have come together in a way that perhaps it hasn’t before.

Industry organisations who haven’t had much to do with each other are now talking on a regular basis. That’s really positive.

What we really need is to get ourselves on the same page then find some champions for the industry, perhaps outside the industry. Like sport has.

There’s been a lot of talk about how sport has been so good at keeping itself going. One obvious reason is they have a lot of backing and a lot of support in corporate Australia, on their boards, on various commissions, and that has really helped them.

We need to find some champions for the industry to help us do the same thing. Artists are on their knees at the moment. They don’t really know what to do, except to wait for the vaccine rollout to pick up pace, which we all know has been a mess.

I hope it’s been a wakeup call to all levels of government. Like anyone, I want to see more leadership. There’s been such a lack of leadership across all governments in getting the rollout done.

There are clear benefits for this industry in getting as many people vaccinated as possible. Look at what we’re seeing overseas. Shows are back on. We have to get there.

Support Act is there and can help people who are struggling right now and need someone to talk to. There are financial assistance options for people that don’t meet the government’s grant conditions.

Would it make sense to prepare a White Paper to present to government?

That’s exactly what we’re looking at. There’s the immediate issues around trying to get some of these emergency payments to artists, but there are some barriers at the moment.

A White Paper is definitely something we need, that road map out of COVID. That is Step 2, once we deal with the emergency.

One of the things we’re talking with government about is to allow people to get out of the country and getting back into the country. And getting international artists in, through ways of doing shorter quarantine periods if they’re vaccinated, or quarantine where they can actually rehearse together.

Because the challenges of spending two weeks in quarantine for an international act or even an Australian act coming home, when you have to pay your crew and staff, plus the costs of quarantine, it wipes out the hope of profitability from touring.

It is going to be testing. There are a lot of people working on this and trying to get the message through. Fingers crossed. The #MeToo session in Sydney was an important start. What happens next?

That was a really hard meeting. It was a really respectful conversation, but it was a hard and very sensitive subject matter. I know there are issues around who was there and who wasn’t there. You’ll never get the perfect first meeting.

I was very pleased that out of that meeting we formed a temporary working group, which I am not on. It’s an amazing group of women that already does incredible work.

They recently put out a call for expressions of interest for experts in sexual harm and putting together programmes.

What those expressions of interest is asking for is people who can basically run a program of consultation with the whole industry. We know, and the working group knows, that we need to get expert advice in to design the programme of consultation and also to be able to design the programme so it’s survivor-centric. So it doesn’t re-traumatise people, brings everyone to the table, and looks at all the work that’s been done.

There are pockets in the industry where really great work has been done. There are some people who have been working on these issues for a very long time. We need to get everyone involved in the conversation.

That’s what the temporary working group is doing as the next step.

The issue of content quotas for playlists curated by streaming services has rumbled on for some years on. How that would work, I’m not sure. Industry leaders have had conversations on this issue over several years.

What’s happening with regards to Australian content in film and TV, everyone recognised there are some threats to the production of Australian content. And that it was time to have a look at what the policy setting were, to make sure we were encouraging high-quality Australian content and enough of it to really provide content for Australians so they could hear Australian voices and also to keep an industry going.

We haven’t really had that conversation in music.

There are radio quotas that exist at the moment. We can talk about how effective they are. Whether they need to be tweaked.

I’m not a huge fan of rushing to regulation.

Part of that is what’s happening at the moment. I don’t think we can rush to regulation, but we need to have the conversation about how we make sure those policy settings really support the continued growth of Australian music and Australian artists both here and overseas.

The 2021 ARIA Awards should be taking shape as we speak.

We’ve done a survey on our judging panels to have a look on what will be the makeup of those panels, including gender and First Nations.

We’ll have more to say on that and what we intend to do to redress some of the balance that might be missing there.

We’re going to ask people who are voting to tell us more about themselves, so we have a better understanding so that our voting panels are more reflective of the industry. That’s going to take time. It’s not going to be something we can fix immediately.

Of course, we need to maintain the expertise of those panels, so that the Awards are credible with artists. But it is something that we are focusing on as part of the ongoing evolution of the ARIA Awards.

You’ve only had six months to find your feet. What’s your perspective on this weird and wonderful industry you’ve arrived in?

I am super-energised and happy to be in this role. I’ve been so warmly welcomed by the industry. I’ve made it a priority to get out and talk to as many people as I possibly can. I continue to do that. Every time I do that, I ask for another three introductions.

There are some really talented and incredibly hard-working people in this industry. There’s a huge level of entrepreneurial spirit. People are really engaging with ARIA and PPCA. Obviously people have their views and opinions, and I welcome those. But the level of engagement with those industry bodies is really fantastic.

We need to figure out a plan to get out of COVID and still have an industry in 12 months’ time. And I’m working really hard with other people to do everything I can to assist on that front.

But there is a lot of growth left in this industry, with streaming and other technology that’s coming along. It’s a great business model, unlike the industry that I come from, which has severe challenges with its business model.

There’s so much commercial success for Australian artists both here and overseas.

I feel very positive and very pleased to be here.