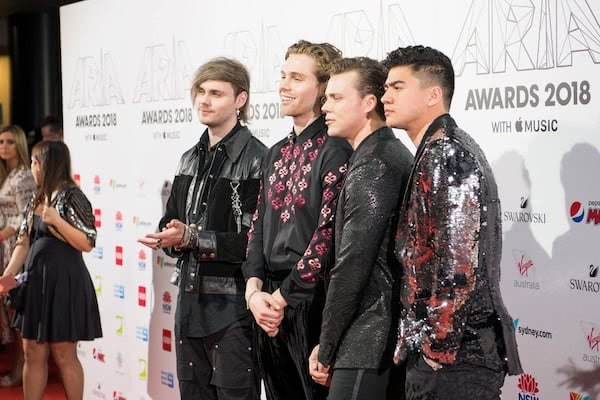 5 Seconds of Summer has new management, and a new label deal isn’t far away.

The Aussie pop-rock outfit reportedly split with Modest Management in the U.S. and have signed up with YM&U Group managers Joel Mark and Peter Katsis, according to Billboard.

YM&U’s clients for the U.S. include Blink-182, Common, Liz Phair and Kiwi act The Naked And Famous.

There’s no news yet on the recording side, after it emerged this week that 5SOS had split with their U.S. label Interscope.

TIO has reached out to the band’s reps for comment.

Speaking to U.S. press, the Sydney lads’ new team have described this turbulence as a “transitional period,” with Katsis telling Billboard: “We’re structuring touring for next year to coincide with their record.”

During that transition, 5SOS joined Nick Jonas, NCT, Finneas and others as the first round of musical acts to road test Twitter’s new audio-chat product Spaces.

5SOS trended in the lead up to their first “Space” and their promise to “chat shit in real time” contributed to the service crashing, due to heavy traffic.

During their session, 5SOS also discussed plans for a new album, the followup to 2020’s CALM, which ruled the ARIA Albums Chart and missed out on top spot on the U.S. Billboard 200 in controversial circumstances.

5SOS made history by hitting No. 1 on the Billboard 200 with each of their three first releases. They’re the only Australian group with three leaders on the U.S. albums chart.

When CALM opened at the summit of the ARIA Chart, 5SOS drew level with Silverchair as the only acts to have their first four studio albums debut at No. 1 in Australia.

Among their biggest hits is 2018 release ‘Youngblood,’ which won song of the year at the ARIA Awards, was recognised as the best-selling single of the year in Australia, and is a fully-paid-up member of the APRA AMCOS’ The 1,000,000,000 List.

Australian tour dates are locked-in for November and December.