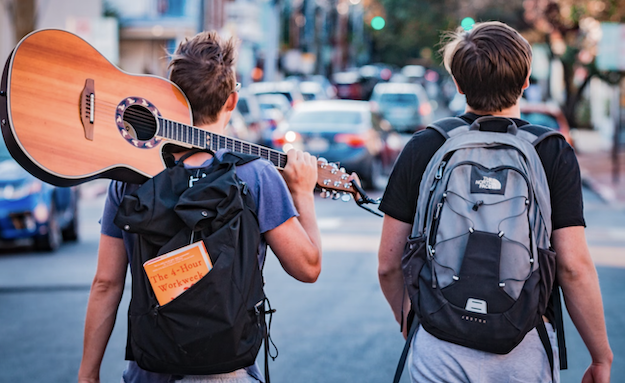 Neighbouring Rights go under the microscope as legal adviser to the music industry, Nick Weaser from Keystone Law (UK) and Keypoint Law (Australia), explores the great divide between Australia and the United Kingdom. A divide that is costing some artists millions of dollars in lost income.

The last few years have been an incredibly gruelling time for the music industry, the effects of which will be felt for years to come.

Whilst performers have been increasingly diversifying and creatively seeking out alternative sources of income in an attempt to cover the stark drop-off in certain revenue streams (see the exponential rise of music-related NFTs, by way of example), there is one source that, at least between the U.K. and Australia, has been broken for some time now. And it continues to hit British and Australian featured and non-featured performers, producers and session musicians directly in their pocket: neighbouring rights.

What are neighbouring rights?

A lot of confusion arises simply due to the ambiguous term ‘neighbouring rights’, but it’s actually quite simple. Every time a composition is performed in public, whether by way of broadcast on TV or the radio, the applicable songwriter(s) and publisher(s) are paid public performance royalties as a result. This is because the applicable broadcaster has paid a license fee for the use of such composition. The licenses are generally administered, and subsequent royalties distributed, by performing rights organisations such as PRS (U.K.) and APRA (Australia).

Akin to this, whenever a sound recording is performed in public, the applicable artist(s), performer(s), producer(s) and record label(s) are paid neighbouring rights royalties. The word “neighbouring” simply refers to the fact that the sound recording public performance rights sit alongside (or “neighbour”) the public performance rights for compositions. The license fees and royalties are collected, administered and distributed by PPL in the U.K. and PPCA in Australia. Generally speaking, neighbouring rights royalties are split 50/50 between the sound recording copyright owner (usually the record label) who receive the 50% “rightsholder’s share” and the performer(s) who receive the 50% “performer’s share”. The performer’s entitlement is commonly referred to as their ‘equitable remuneration right’.

How does the system work internationally?

Many collective management organisations have reciprocal agreements in place with their counterparts around the globe, meaning that they can collect neighbouring rights royalties on behalf of their members when a recording is performed publicly outside of the home territory. By way of example, PPL in the U.K. has a reciprocal agreement in place with its counterpart in Germany (GVL), meaning that when “Shape Of You” is played on the radio in Germany, GVL pays PPL, and PPL subsequently pays Ed Sheeran’s record label their ‘rightsholder’s share’, and Ed his applicable ‘performer’s share’.

What is the issue between Australia and the U.K.?

When “Shape of You” is played on the radio in Australia, because Ed Sheeran is English and the track was recorded in the U.K., he doesn’t receive (and, as the track was released in 2017, has never received) a penny.

Similarly, every time that the track “Dance Monkey“ (recorded in Australia by Australian artist Tones and I) is played on the radio in the U.K., Tones and I doesn’t receive a cent.

Quite simply, because Australia does not recognise the rights of performers to ongoing royalties and, subsequently, since 2014 there has been no reciprocal agreement in place between PPL in the U.K. and PPCA in Australia.

To explain, we need to go back to 1996 and the drafting by the World Intellectual Property Organisation (WIPO) of the WIPO Performances and Phonograms Treaty (WPPT) which, pursuant to Article 15(1), granted performers their right to “equitable remuneration for the direct or indirect use of phonograms published for commercial purposes for broadcasting or for any communication to the public” — in short, neighbouring rights income.

The U.K. enshrined the Article into U.K. law pursuant to Section 182D of the Copyright Designs and Patents Act 1998 (‘CDPA’) with respect to ‘qualifying performances’.

Australia’s accession to the WPPT occurred in 2007 but, crucially, it was decided by the Australian government that “Australia will not apply the provisions of Article 15(1)”. Unlike the U.K. (nor, incidentally, the U.S., Canada, most of Europe, Mexico, Brazil and Japan (albeit each to differing degrees), Australia refused to recognise the right of performers to equitable remuneration by incorporating it into Australia’s Copyright Act.

Whilst the U.K.’s PPL are required by law to pay performers their neighbouring rights entitlement (which includes a share for session musicians and anyone else who made an audible contribution to the recording – resulting in an important (and potentially significant) revenue stream for ‘background performers’), any public performance royalties that are paid to performers by Australia’s PPCA are actually paid on an ex-gratia basis, are only paid to featured performers (not session musicians, non-featured performers or producers) who are registered with PPCA, and only if those performers are Australian.

Tones and I will receive a royalty from PPCA every time that “Dance Monkey“ is broadcast in Australia, but the same cannot be said for Ed Sheeran’s “Shape Of You”. Incidentally, Ed Sheeran’s record label does get paid as the owner or exclusive licensee of the copyright in the recording, irrespective of the fact that it’s a U.K. entity.

If equitable remuneration is enshrined in law in the U.K., why don’t Australian performers get paid from U.K. airplay?

As a result of PPCA’s refusal to acknowledge international performers, in 2013 PPL changed its policy on who would be entitled to equitable remuneration.

However, in 2013 PPL amended their distribution policy to provide that, to be entitled to equitable remuneration pursuant to s182D of the CDPA as a “qualifying performer”, the “qualifying country” was determined “at the time that the public performance or communication of the Sound Recording takes place [i.e. at the time the sound recording is played on the radio or in a nightclub etc.] rather than the time of the original performance [i.e. when the recording was made])”.

Crucially, PPL’s new distribution policy changed the definition of “qualifying countries” from simply those that were signatories to the Rome Convention (to which Australia remains a signatory), to “the United Kingdom, another Member State of the European Union or…one that has been designated as providing reciprocal protection to performers…”. As a result of Australia’s refusal to recognise the right of performers to equitable remuneration, and without a subsequent reciprocal agreement in place between Australia and the U.K., the equitable remuneration tap was turned off overnight to almost all Australian performers when their recordings were communicated in the U.K., regardless of whether recorded pre or post 2013.

How much money could performers be potentially missing out on, and are there any ways around this?

By recording in “qualifying countries” such as the U.K., Australian performers who would otherwise miss out on equitable remuneration from U.K. airplay qualify by virtue of PPL’s ‘country of recording’ test. So, whilst Tones and I miss out on “Dance Monkey“ neighbouring rights royalties as a result of recording in her home country, Kylie Minogue has earned, and continues to earn, from every radio play of “Can’t Get You Out Of My Head” by virtue of it having been recorded in England (noting that she had also previously qualified as a result of her British residency, but since moving back to Australia in 2021, she would no longer qualify under that limb of the PPL policy).

What could be viewed as an arbitrary distinction may well result in an increasingly greater number of performers travelling to “qualifying countries” to record to ensure that they do not miss out on equitable remuneration from some of the biggest international markets.

Though the current situation has existed for almost ten years, it is fixable, but will involve the cooperation of the various stakeholders involved – from the U.K. and Australian governments to the collective management organisations, from record labels to the performers and their representatives.

As Monash University lecturer Rod Davies points out in a recent article on the topic, the current free trade agreement between Australia and the U.K. has created an opportunity for discussion on the subject, meaning that there has never been a better time for performers and producers to have the conversation and be a voice for change.