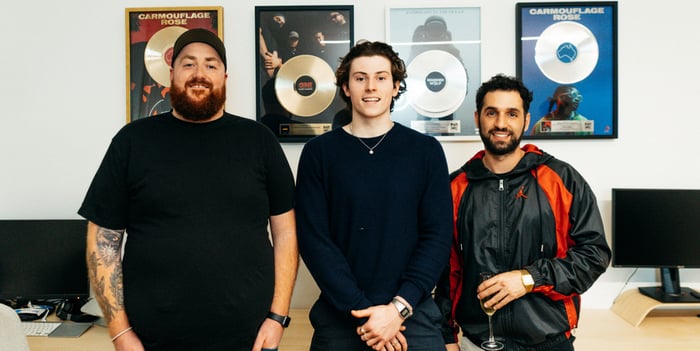 The Brisbane-based singer, songwriter, producer and multidisciplinary artist has been developing his talents for the past three-plus years with producer James Angus, also managed by Call & Response.

To celebrate the new arrangement, Hobart will release a new single, “Off The Edge,” this Friday (Sept. 16).

The official music video, directed by Jordan Toia, should arrive a week later, with Hobart’s debut EP expected to drop before December 2022.

“Welcoming Toby into our family of artists was a no-brainer, he’s one of the most incredibly talented creatives I’ve ever had the pleasure of meeting,” comments Joshua Taylor-Anderson, CEO & founder of Call & Response.

“The pandemic afforded James and I the opportunity to develop the project with Toby at a pace that’s conducive with nurturing talent and building a sustainable career.” Hobart is also “an astute writer and producer,” notes Taylor-Anderson, writing all of his own music and producing a majority of it alongside Angus.

“Off The Edge” marks the first official release by both parties and “with international interest already flowing in, we’re confident the name Toby Hobart will continue to make its mark on audiences across Australia and abroad over the next 12 months,” adds Taylor-Anderson.

The year ahead includes a trip Stateside in November for sessions and to meet with labels; a visit to Stockholm, Sweden will follow next May for writing sessions; and a first hometown headline show is set to be announced in the coming month.