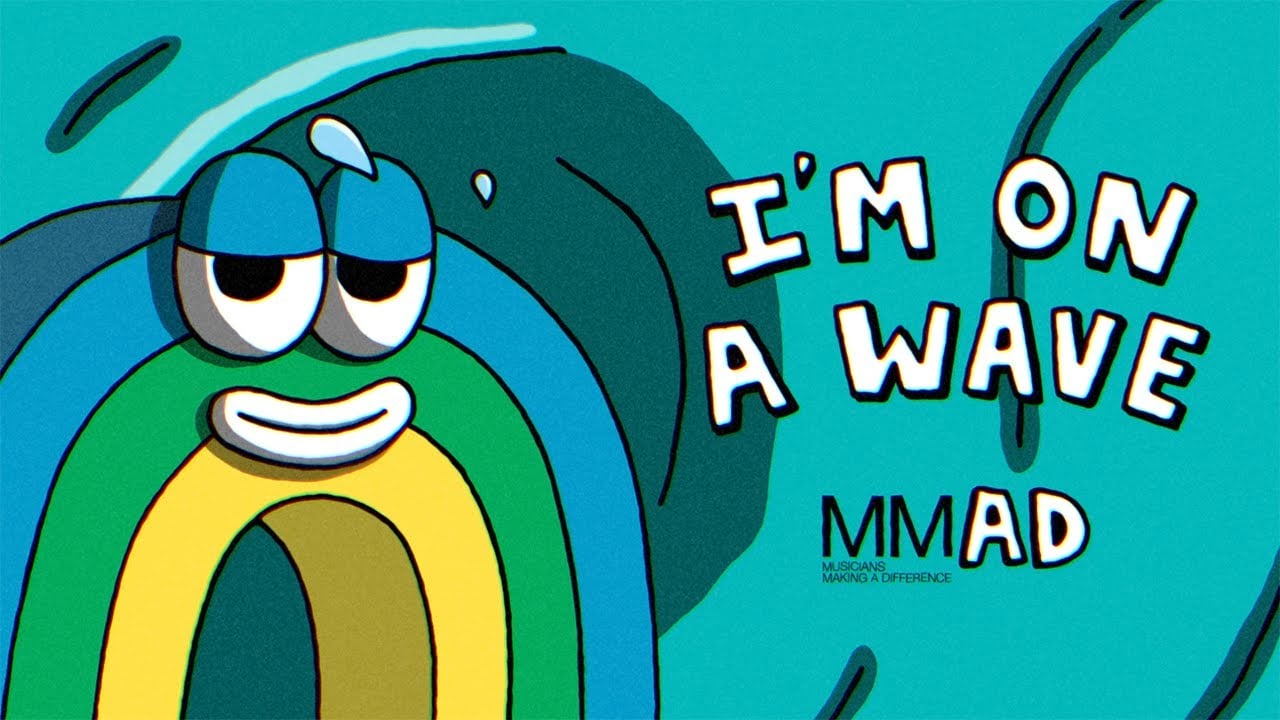 MMAD is an Australian charity that aims to improve the lives of young people who have faced challenges including mental illness, homelessness, family breakdown and drug and alcohol dependency.

Each year, MMAD teams up with Universal Music Australia to provide 10 young people with a year-long mentorship, which includes the opportunity to write, record and release a single.

This year’s program saw participants collaborate virtually with artists including Alice Ivy, B-Wise, Ngaiire and Jaycee to create the song ‘I’m On A Wave’, which also features The Voice finalist Zeek Power.

One participant described the mentoring program as a “life-changing experience”.

“It has opened my eyes to the power of the music industry and allowed me to help bring a national music campaign to life that will hopefully connect with other young people going through a hard time, like I was,” they said.

“MMAD is about helping people know they are not alone, showing them that there are people there who believe in them and using music to break down barriers so that the message gets through.”

The MMAD Day campaign also encourages music fans to post lyrics or a song that could give hope to young people along with the hashtag #MMADday. Merchandise designed by alongside the mentees is also available to purchase on the charity’s website.

Last month, MMAD released a podcast, Music Saved Me, which featured a handful of interviews with Paul Dempsey, Illy and Graace, among other musicians. The series explored how music is used to deal with loss, addiction and preserving culture.