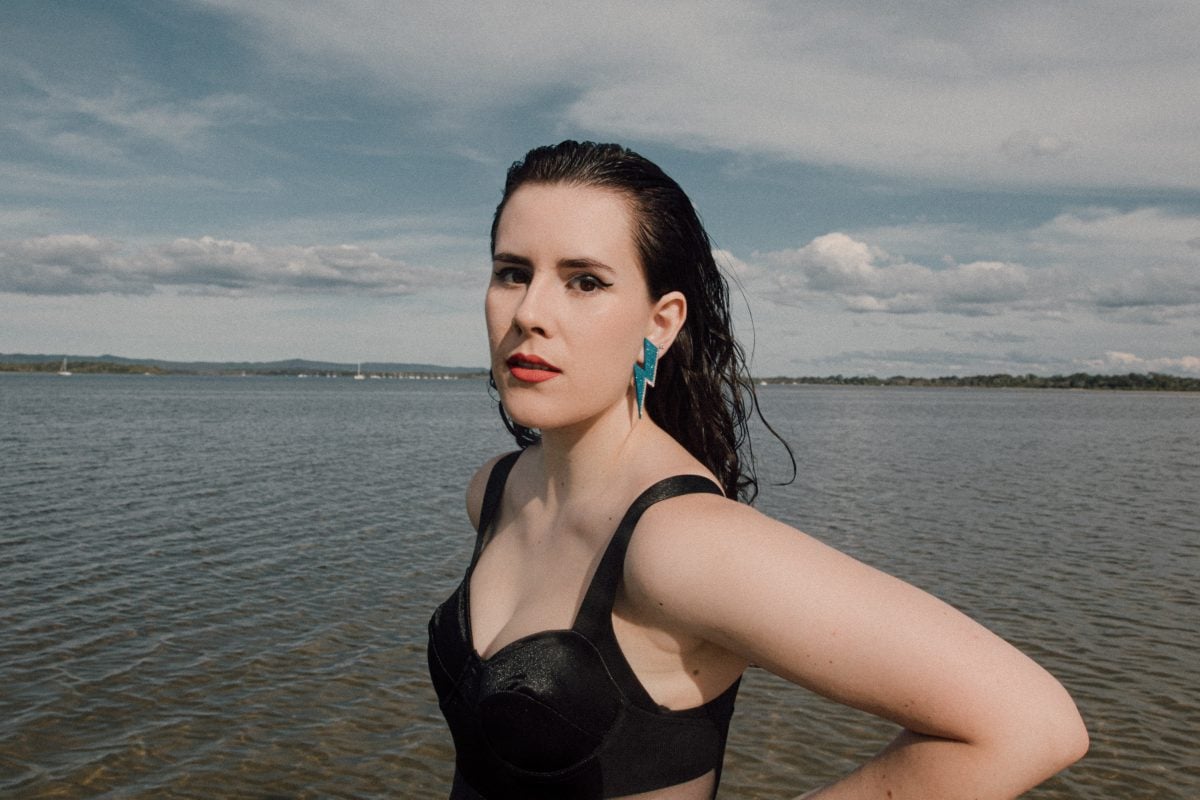 Golden Guitar-nominated Queensland country-pop singer songwriter Hayley Marsten’s single ‘Drowning Myself’ came out of the darkest period in her life, which led to 10 months of therapy.

The first time she played it live, at a festival, the crowd responded with great enthusiasm.

Marsten noted how in the days, weeks and months since, the song’s meaning has evolved.

“The song came to in the early hours and when I finished it with [collaborator] Kieran Stevenson, it was probably about trauma,” Marsten said.

“It’s about being in the deep-end and pushing yourself deeper and deeper.

“But I’ve been listening to it over and over for 18 months since, and it’s become more about taking hold of your destiny and about being kinder to yourself.”

And take hold of her destiny she did. Marsten knew she had to put in the hard work to be successful.

The workload grew after her debut ‘break up’ album Spectacular Heartbreak (2019) cracked the country charts, generated 100,000 streams in the first week, was nominated in the Golden Guitars and Queensland Music Awards, and led to her shows and tours selling out.

Her mistake was not realising the difference between hard work and being relentless.

“I handle every aspect of my career, the creative and the business. I manage myself, book my shows, do social media and direct my videos.

“Some of it is strenuous, but it gives me pride because I’m putting more of myself in there.

“I crowd-funded the album, so rather than keep the 250 pledges waiting, I recorded and released it in 12 weeks.

“In between all this, I was doing the graphics, booking a tour and honouring the pledges.

“In between this, I had a day job in retail and two over Christmas. I once took the day off and felt so guilty.

“I wanted to be the best I could be and have people like me, which is commonplace, but I took that to the worst possible end.”

By early 2020, she was exhausted and depressed.

Therapy explained what made her drive herself so hard, how to come to terms with it, and not feel the need to live up to exacting standards.

Now she still works hard, backs herself and is driven by ambition, but is feeling wonderful.

On ‘Drowning Myself’ she felt compelled to co-produce the track with music engineer Dan Sugars, who is also a game and film composer, with the sessions executive-produced by legendary Magoo (Midnight Oil, Regurgitator, Kate Miller-Heidke, Powderfinger).

Her choice of the two was to get more of a wider sound than her previous works.

“I’d never co-produced before and I was a bit hesitant at first about backing myself.

“But the song meant so much to me and I liked some of the production ideas I was coming up with, so it went on to make perfect sense.

“It’s nice for me to back myself and have people around me who believed in me to step up to these new elements in my career.

“It was also the first time I’ve played an instrument on any of my music.

“It’s a wonderful feeling like I’m stepping into a new era in my career.”