Produced by a dream team of Sydney supremos Enderie and Holy Balm’s Jonathan Hochman, Canberra outfit Honey 2 Honey have released their debut EP, A Taste Of, on the consistently great Chapter Music. ‘Tone Of Voice’ is a top taste, dealing out a groove intersecting post-punk and old-school disco with deadpan humour. It’s the kind of raw, minimal funk that cut into both the New York and Manchester scenes in the late 70s and early 80s, influencing artists as diverse as Joy Division and Arthur Russell. Honey 2 Honey have a fresh, hypnotic take. We can’t wait for their full-length album later in the year, but in the meantime, the band are being played in spades by the likes of 2SER and FBi Radio in Sydney, as well as Brisbane’s 4ZZZ and Melbourne’s 3RRR. Sydneysider Patrick James has returned with his latest offering ‘Up’, the first taste from his forthcoming EP. Refusing to compromise on his idiosyncratic but wholly relatable style, James continues to blend indie-rock, folk and pop elements to reflect on personal relationships and the trials of being a 20-something-year-old in 2019. Filled with semi-autobiographical tales, ‘Up’ is a smooth and wholly danceable piano driven anthem about maturity and letting go of the past – plucking at heartstrings along the way. There’s a humble feel to this one, a sense of self-referential catharsis that points towards a light at the end of some long tunnel. Fleurieu FM in SA, Bay FM in Byron Bay NSW and 2RRR in Sydney are all up on Patrick James. Melburnian Darvid Thor is one prolific guy, doing time in The Cactus Channel, Frida and Karate Boogaloo and also bubbling away with his solo material. His first lone jaunt for the year, ‘Anything’, is a pulsating synth-driven dreamer, flowing on hazy neo-soul vibes and psych-pop overlays for one of the warmest tunes we’ve heard this year. There’s a tinge of melancholy keeping this from being too sugary, showing a nice balance to Thor’s style. ‘Anything’ precedes a mini-album, I’m Never Really Here out March 1, but community radio aren’t waiting for the lot, getting on board with ‘Anything’ right away. Perth’s 6RTR, Edge Radio in Hobart and Radio Adelaide are just three stations letting it float through the airwaves.

Oxford’s Collar come bobbing out of the sunshine state with just the right amount of cheese on their latest single, ‘Stranger Kiss’. The three-piece hit all the rights notes for a tongue-in-cheek exploration of love, humility and the emotional consequences of temporary attraction. With foggy feels to capture an unsure state of being, the track attempts to piece together the night before with crunchy guitar riffs, quirky keyboard and distant vocals. It’s the musical equivalent of waking up, the sun’s in your eyes, and it’s time to roll over and face reality. Wiping the sleep from their eyes, 5GTR FM in SA, Radio Adelaide and Hobart’s Edge Radio are all grooving to this gem.

EWAH And The Vision of Paradise – #5 Amrap Metro Now starting to create some serious buzz outside of the Hobart hometown, EWAH And The Vision of Paradise are back in 2019 with ‘Cannibals’. A sleek noir-pop number headed by the commanding vocal presence of lead singer and guitarist EWAH, its atmosphere is vast and mesmerising – all-consuming to match the song’s subject matter on society’s endless loop within the trappings of capitalism. EWAH And The Vision of Paradise aren’t afraid to get dark and heavy, making us think their second album, set for release towards the end of this year, is going to make for one major statement. Among the socially-conscious stations devouring ‘Cannibals’ are Hobart’s Edge Radio and Brisbane’s 4ZZZ. 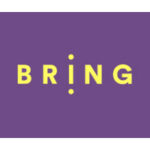