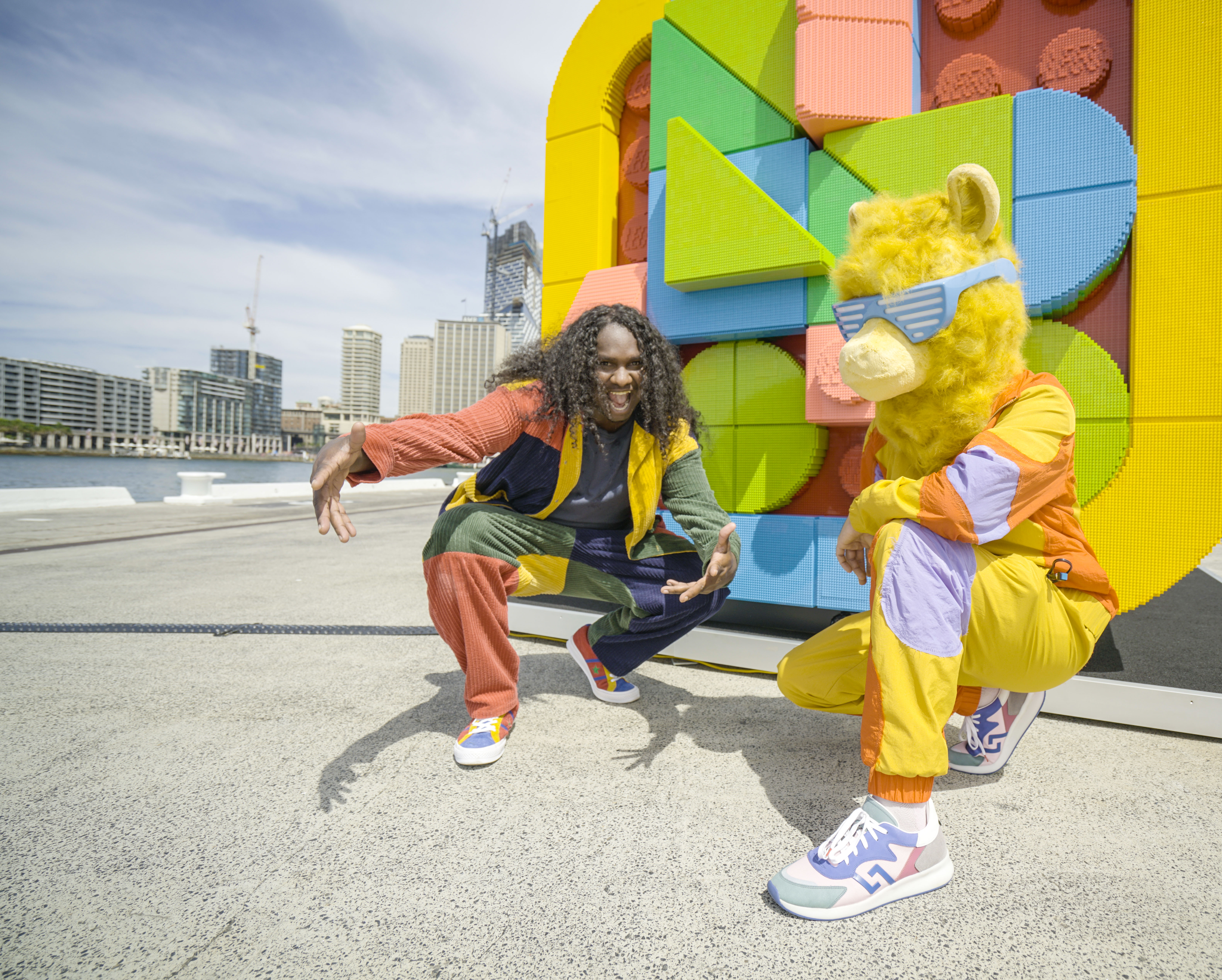 Aussie acts INXS and Baker Boy have collaborated with LEGO for its VIDIYO campaign.

VIDIYO is the toy company’s new app which enables children to produce, star in and share their own music videos. It was launched with Universal Music Group earlier this year.

The campaign music video revealing the features, joys and capabilities of the app is backed by INXS’ global hit ‘New Sensation’, and features rising Australian rapper Baker Boy dancing to the iconic tune.

Baker Boy also leads a dance tutorial, available on Instagram, so fans can do their own dance challenge at home.

L.L.A.M.A, a LEGO ‘mini-figure’ which has been signed to Universal Music Group, also features in the campaign.

INXS said the band’s latest venture with LEGO, which explores the new opportunities in video making, reflects the vision that pioneering chairman of Petrol Records, the late Chris ‘CM’ Murphy, had for the band.

“INXS’ legacy has always encouraged and enjoyed playing to a wide demographic audience – which is why Chris wanted INXS to align our classic funk-rock song ‘New Sensation’ with LEGO & Baker Boy, to continue to build our fanbase among today’s kids, helping to ensure the INXS name & music continues for generations to come. We hope to inspire the next generation of music makers to create, produce and star in their own music creations,” Jon Farriss said.

Baker Boy said he hopes the VIDIYO app inspires kids across the country to dream big and know that dancing makes anything possible.

“VIDIYO is the kind of app I wish I had when I was a kid. I always loved dancing and performing, and something like this would have made my dreams feel more like a reality and help bring my creative visions to life,” he said.

LEGO’s senior director, head of marketing, Angie Tutt, added: “VIDIYO helps children dream big by directing, producing, starring in, and safely sharing their own music videos. Through the creative power of LEGO and Universal Music Group, families and children can access artist tracks from across the globe in a new and innovative way.”

And L.L.A.M.A. – or Love, Laughter And Music Always – ‘said’ he was thrilled to sign to UMG’s Astralwerks.

“I’m constantly inspired by all of the artists on its roster. If I can make at least one person happy then my mission here is complete. The world needs a lift, and I’m up for being a part of that.”